1. The extraordinary contemporary changes in the publishing industry are founded on software as much as any other development. Without the digitization of print (via software) and the creation of the Internet and then the Web (via software) none of the changes that are taking place in publishing today would have been possible. We start with software and move forward from there.

2. It’s impossible to imagine the digital publishing industry without the software that has supported its development at every stage, from early typesetting system software through Google Docs today.

3. There are two sides to the impact of software on publishing. While trying to understand the changes in the future of publishing we tend to focus on the “meta-changes” — primarily the web. It’s too easy to forget that millions of print pages are being generated worldwide every day by page layout applications like Adobe InDesign and (still) QuarkXPress, and that the new versions of these programs are having a more subtle, yet perhaps equally profound impact on where publishing is headed.

3. The pace of software development (and of course hardware development) is, if anything, increasing, and making it hugely challenging for publishing practitioners to factor in these developments into their assessments of where publishing is headed.

Overview of Software’s Impact on the Future of Publishing

This section was at first to have been titled “Software and Hardware.” But I believe that hardware has a very different influence on the future of publishing than does software, and I consider it separately. Clearly the Apple iPod, iPhone and their offspring, as well as many other nascent hardware technologies, will have a tremendous influence on the future of publishing. But software deserves to be visited separately. Whether its impact is greater or lesser than the developments in hardware is worthy of much debate. Both are progressing at a breathtaking pace, and influencing publishing in extraordinary ways. (I’ll be adding a section on Hardware presently.)

Examining software in the context of the future of publishing is an enormous challenge. We can start small: a review of the latest version of Adobe InDesign or QuarkXPress. We can then broaden the context and look at the technologies surrounding digital asset management and content management. But we must go further, and look at the infrastructural changes in software-based technologies, largely built on XML, which now appear certain to assert the greatest impact on where publishing is headed.

A Short History of Publishing Software

Many readers will recall the introduction of what was soon-to-be called “desktop publishing.” It was a remarkable confluence of events. Apple Computer’s Macintosh hardware was an essential component: the introduction of a “WYSIWYG” (What You See is What You Get) interface on a personal computer combined with the introduction of the first laser printer that could output on paper (more or less) what you saw on the screen. Most remember Aldus PageMaker as the software that completed the desktop publishing equation (although there were two smaller competitors that Aldus soon bested). Adobe provided the fonts and the raster image processor to feed Apple’s LaserWriter (and soon after Linotype’s high-resolution typesetters). Microsoft Word was the word processor of choice to feed text into a page layout application like PageMaker (and still remains the text editor of choice, while PageMaker, now owned by Adobe, lies dormant, though still for sale to the diehards, albeit without an update for many years). 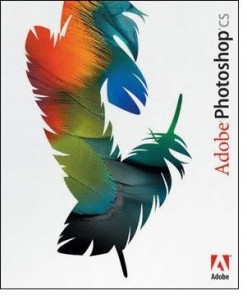 In retrospect software developments seem to move quickly thereafter. Adobe Illustrator was released in 1987 and Adobe Photoshop in 1990. Meanwhile PageMaker found competition from Tim Gill’s Quark, which released QuarkXPress in 1987. It was soon to become the dominant professional page layout application. Adobe later retaliated with InDesign, first released in 1999. It was slow to catch on, but by all accounts now outsells QuarkXPress and dominates the market for page layout software. Quark, however, has certainly not abandoned the playing field, and under new management is working hard to stay strongly in the game.

“When desktop publishing was launched into the world in 1984 it contained the shock of the new, and we thought we were witnessing a revolution. It was only later, when things settled down a little, that we could see that all we had achieved was the digitization of analog processes. We were still doing the same things for the same reasons, but with different tools; nothing had really changed.”

I wrote this way back in 2003 as the introductory paragraph to my chapter on composition, design and graphics in The Columbia Guide to Digital Publishing. Looking back at this statement seventeen years later I realize that it’s true only to a point; without the digitization of print publishing the web would surely have taken a slightly different path (or perhaps just a slower path) than it did. Although Tim Berners-Lee created the first web page on the Internet in 1991, it was not until 1994, when Berners-Lee founded the World Wide Web Consortium (W3C) that the web really began to explode. The vast amount of content already held (and also continually expanded) by publishers in digital form (albeit not yet encoded in HTML) became essential fodder to the rapid expansion of the web.