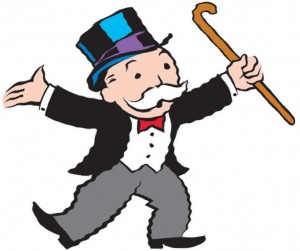 It’s perplexing to make a decision on the merits and limitations of media concentration. In the days before the Internet and the web, the answer appeared certain: the public was offered ever-decreasingly diverse voices about the affairs of the day, and the impact was less information, less commentary, and fewer opportunities to develop a singular personal perspective on the key issues of the day.

The ongoing negative view might be that a small number of web sites tend to monopolize viewer behavior. It’s like the old media of newspapers and television: we all tend to ingest the same sources. True. But there’s a huge difference today. We no longer have to ingest the same sources. Leaving aside television and newspapers, arguably dying breeds, there has never in the history of media been so many choices available to anyone with Internet access to find in depth and current information along with alternate viewpoints, whether superficial or deep. Naysayers will argue that the average Internet user still tends towards the popular sites, and is therefore fed the same old pre-digested garbage. This is not worth lamenting. The web inherently encourages exploration, and there are no restrictions (in “democratic” countries) for any and all to venture as far and wide as they are willing to go. Must we see our fellow citizens as sheep led to media slaughter? I see instead an enormous blossoming of information and creativity on the web, and an ever-increasing proportion of the population moving to take the full and luxurious advantage of the options now offered. For those who don’t, well, we can lament, pity, blame ourselves or big media. Or we can accept that not everyone wants to know what Alternet is reporting about the war in Iraq, and at the same time could care less. No crime there.

In the meantime, an excellent source for background data on this topic: