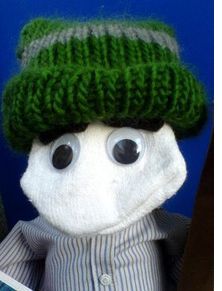 The ongoing scandal of phony book reviews on Amazon now has a name, Sock Puppets. Perfect! I thought it original, but Wikipedia already has a well-researched article, Sockpuppet (Internet), worth reading to get a better handle on this end-of-summer teapot tempest. The term “sockpuppet” was used as early as July 9, 1993, and has already been awarded a definition in the Oxford English Dictionary (“a person whose actions are controlled by another; a minion”). You’ll learn that sock-puppetry takes many forms and the the anonymity afforded by the Internet makes fertile soil for these renegade puppets.

A historical perspective on the tempest is valuable. As Sam Leith points out in a short piece in the London Evening Standard, “the Internet is a modern-day Grub Street… just look at the state of things in the 18th and 19th centuries. People routinely reviewed their friends, or even themselves, at different times in different publications under different aliases. The Times Literary Supplement only abandoned anonymity in 1974.” He continues: “But there’s no infallible way to make sock puppetry impossible, or prevent authors paying for good reviews… this is going to have to be self-policed. If authors can expect to be humiliated, they will think twice. As for readers: well, caveat emptor. If an online review doesn’t say “Real Name” underneath, there’s probably a reason for that.”

The target of the moment is RJ Ellory, a best-selling author who certainly didn’t need to “use “fake identities to write about his own work on the Amazon book site, giving himself five star ratings. He gave his rivals bad reviews and low ratings using the same pseudonyms.” Perhaps Ellory was infected by the same strange virus that recently infected Jonah Lehrer, another enormously successful author apparently bent on self destruction.

Here’s the challenge: We all agree that sock puppetry is deceptive, dishonest and despicable. What could be worse?

What if on top of his fake reviews RJ Ellory, or a similar puppet master, was also to write numerous other books under numerous pseudonyms, all on the same subject matter. He would release those books in rapid succession, use fake or paid reviewers to give them all multiple five-star ratings and soon that subject category on Amazon would be crammed only with books authored in the puppet factory. No matter which book you purchased, the real author was that single puppeteer.

This is exactly what’s taking place on Amazon. In my last blog entry I showed how eight of ten of the top bestsellers for bread baking cookbooks on Amazon are written by phony authors all the creation of the same publisher. Six of the ten titles in the popular “Do-It-Yourself” section are also bogus (where bogus means “books of dreadful quality [though mercifully brief] written by make-believe authors”). Have a look: 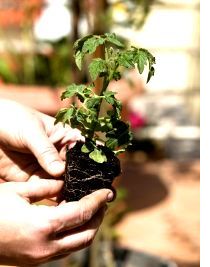 Mary Verdant is an avid gardener [which must have been her pre-destined occupation given that her last name means “green with grass or other rich vegetation”.] She finds wonder in the simple miracles of life, like planting a seed, watering it, and tasting the wonderful fruits (and vegetables) of her labors… One of her favorite experiences is the look on a child’s face when they first bite into a ripe, beautiful tomato that the (sic) grew themselves!

Mary’s books list as their publisher Angelico Publications: a visit to that site does not instill confidence.

To better illustrate advanced sock puppetry let’s zero in on “author” Faith Janes, who has two titles on the top 10 list.

According to her Amazon bio:

Faith Janes is a wife and mother of three living in a combined household of 10 with her parents, siblings, grandmother and various pets. They all live in a log home on 30 acres near Atlanta, GA.

It was the frustration of being overwhelmed with two houses worth of clutter that initially led her family on a path to minimalism. Everyone’s version of minimalism will look different. What’s radical change for you may not be radical for someone else, but the foundational truth of prioritizing what’s important remain the same.

Whether you need help dealing with physical clutter, mental clutter, or simply a cluttered schedule, Faith will show you how to simplify them all.

Faith’s blog supports the sale of her books on Amazon. A common practice with these “authors” is to offer a free book promotion for new titles, which Faith did in June when she summoned the energy to release four books on the same day, all of them in the “Practical Minimalism Book Series.” The top selling of the four is “Household Simplicity: Practical Minimalism at Work for Your Home”. It received five 5-star reviews. The other titles received even more. At $2.99 the most expensive of the four, “Less Mess, More Time: Practical Minimalism at Work” ‘earned’ a full eight 5-star reviews.

Number 10 on the bestseller list is my personal favorite, the charmingly-titled “No Shit Guide to De-cluttering and Organizing Your Home in 3 Incredibly Fast and Simple Steps” by Amanda Knowels.

Amanda has been too busy de-cluttering to create her author persona on Amazon, as have her fellow No Shit authors: Angela Miller, author of “Simple Ways to Live Carefree – Overcome Anxiety and Worry (No Shit Guide Series), Charles Duncan, author of “The Power of Changing your Habits (No Shit Guide), and Michelle Evans, whose “Getting More Things Done – Simple Secrets to Become Focused And Organized In A Productive And Stress Free Way (No Shit Guide)” has reached #5 in the Amazon category, Time Management, just behind Stan Phillips’ “Procrastination Self Help: Procrastinator Only You Can Stop The Dream Killer. Getting Things Done And Stop To Procrastinate” (Stan’s author photo was originally a Getty stock image).

Like Faith Janes, Amanda book is well positioned on several dozen web sites of a quality that befits this book, including www.cheapsunglasseswomenwayfarer.info, which link back to the Amazon listing.

You start to see how the scam works, with lots of external sites linking back to the crappy Amazon Kindle book. The publisher also creates Facebook pages and pins the cover images to Pinterest. All of this stirs up the sales for a few weeks or months, then they pull the book, repackage it under a new title and a new author, and republish back to Amazon.

I suspect that much of the revenue is being earned on the Kindle Owners’ Lending Library – all of the books are available through the $600,000/month Amazon program and the titles are the kind of silly impulse items you’d download for free and then delete, not terribly upset because you hadn’t paid for them.

I think the sock puppet brigade might want to put down the darts they’ve been tossing at RJ Ellory and John Locke and look at some grand-scale sock puppetry, at its most repellent.