In the first post of this 3-part series on the impact of recessions on publishing industries I took a broad look at the economic expansion since the recession of 2007, pondering when the next recession will pop.

There’s a challenge in assessing the impact of economic events on the publishing and entertainment industries over the last several decades. On the one hand these are largely hits-driven businesses. For the movie industry, a new superheroes franchise winner can counteract a downward trend in overall admissions (and popcorn) spending.

For other sectors, rapid technology shifts can overwhelm economic forces. In the music industry, the continuing format shifts since the 1980s (CDs, followed by file downloads, portable listening, then streaming) make it nearly impossible to isolate economics from the larger forces at play.

In book publishing, ebooks sales were growing by leaps and bounds at the time of the 2007-2009 recession. Without that format shift to digital (with its concomitant drop in retail prices) total industry sales would have looked different in those years. Larger? Smaller? Who knows? No one has crunched those numbers.

A note on terminology: In this blog I like to think of the sharing of creative content as a publishing activity. For me that includes movies, music and videogames. Many academics lump these same sectors into an “entertainment industry,” which in turn includes toys and games, the performing arts and gambling. True, it’s hard to think of a visit to a casino or to Walt Disney World as publishing. But then it’s also tough to see textbooks and scholarly tomes as entertainment. Does newspaper publishing produce an entertainment product? You see the challenge. So, let’s go with the “publishing and entertainment industries.”

I’m most interested here in examining the trends outside of book publishing to see if they can inform expectations surrounding likely outcomes for books in the next recession.

Movie economics have been fully documented by both the popular and the scholarly press. The default theme regarding the movie business is that it is somewhere between recession-resistant and recession proof. 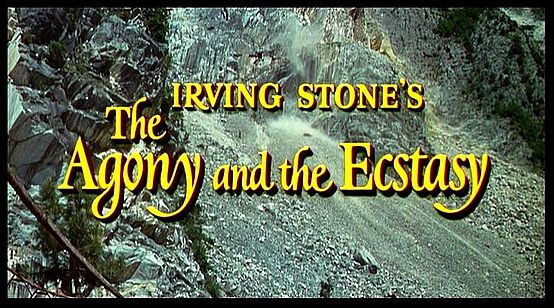 As James Surowiecki described it in the New Yorker in 2009, “box-office receipts rose in six of the last seven recessions, and the Depression, famously, was the heyday of movie attendance in America.” But as M. Bjørn von Rimscha has pointed out, “the introduction of sound spurred demand, and television, as a cheap substitute to cinema, was not yet available.” Further, as per Chmielewski and Meg James in the Los Angeles Times, “by 1932, ticket sales had plunged and did not recover until 1940.” (Something to bear in mind when trying to evaluate recessionary impact on consumer spending is that there’s often a lagging effect: the real impact of a recession shows up in retail sales just as, by broader measures, the recession is actually over.)

Meanwhile the videogame industry grew significantly from 2007 to 2008. It fell in 2009 and then resumed rapid growth. As the Economist noted at the time “the games industry, like the film industry, is becoming increasingly polarized between hits and misses.” Nina Huntemann explains that “video and computer games are still a hits-driven industry that continues to favor existing franchises, sequels, and blockbuster-sized production budgets.”

The music industry hit peak sales in 1999, then began a steep decline and didn’t return to growth until 2016. 2007-2008 was the largest one-year decline throughout that period.

In his post The recession in the music industry – a cause analysis, Peter Tschmuck makes an interesting argument that what really brought about the sales drop was hitting peak CD and a subsequent shift from long-play to singles formats. “The CD-boom,” he writes, “was mainly fueled by the re-release of repertoire still existing on vinyl… When these structures were confronted with the track-culture of the Internet, the album market turned once again into a less economically viable single market and caused the slump in sales…”

So what impacts sales during recessions? The economy? Technology? Demographics? All of the above? Or is that specific sub-industry simply recession-proof?

All of which brings us closer to book publishing, the subject for my next entry.