The other night I noticed that I’d hit 4,000 tweets. Never thought I’d do it. I signed up for Twitter both reluctantly and cynically. I thought it was just a compressed means of notifying the world of what I’d had for breakfast. I already used Facebook to spread that important news. Now with three years of twittering under my belt I find that I’ve averaged about 120 tweets per month. Verbal, no? The stats are neither here nor there. The only question is: was it worth it?

For me the answer is an undeniable “yes”. 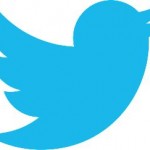 It took awhile. I caution my friends and colleagues: “It takes awhile.” Twitter is a deceptively simple format (140 characters, minus 22 characters to squeeze in a URL link). And yet it can be magically powerful.

I’ve read the stories of how the service began. To me they sound like a path of simple serendipity. What we got ain’t what they thought.

OK, it’s not the #1 most effective channel. Which is not a critique but an observation. Your #1 marketing channel might last for a month or a season but then it will change. Managing the constantly-shifting bandwidth, immediacy and impact of a dozen channels is the lamentable task of today’s marketers.

•  Twitter is just a small part of your author/publisher platform. Try and keep it in perspective.

•  You don’t have to have a strong presence on every broadcast platform to create an effective author or publisher stage. I don’t bother updating Facebook or LinkedIn (though I have active accounts with both). For me Facebook is more of a consumer platform than a professional one and with a finite amount of time I take a pass. LinkedIn is important; I should probably do more there, but I’ve got Twitter and SlideShare linked to LinkedIn, which updates that account.

•  I have an active blog (this is entry #414) and for me the key value of Twitter is letting people know when I’ve posted a new blog entry. I announce it; some of my followers retweet my announcement and there builds a spark and a momentum.

•  I try very hard to uncover articles, data, blog entries, etc. that are hidden away from where my average Twitter follower might usually wander. Anyone can tweet about the latest iPad news from Apple. Providing the link to an insider’s analysis of Amazon’s treatment of book metadata is not as common (https://twitter.com/ThadMcIlroy/status/355195190891384833).

•  I also value Twitter as a scrapbook annotating my own interests. Every one of my tweets records an event that is creating another episode in the story of the future of publishing.

•  It’s essential to keep track of who follows you and to constantly adjust who you’re following.  This apparently clumsy machine works at its best when carefully calibrated.

•  Be generous and be grateful. It never hurts to thank the folks who retweet you or who recommend your Twitter feed. ALWAYS credit your sources with a RT (re-tweet) or a MT (modified tweet).

•  Beyond that, recognize that like everything else on the web Twitter is a community and an ecosphere. Treat you fellow participants as you would wish to be treated.

Needless to say you can easily find a vast catalog of material online to help and harangue you on how to handle your Twitter account. Now that Twitter has filed for its colossal IPO we’ll be hearing that much more. Take it easy. We’re not selling shampoo. Rein in even the top tools: there are only 24 hours in a day (even in New York).