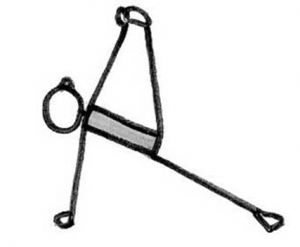 I was speaking today with the chief executive of a new media technology/services company about some key enhancements to its offering (I’ll be blogging about them on Monday, the official announcement date). We were discussing how challenging it can be to get old media executives into new media positions. I said that while I wasn’t any longer physically able to lift my leg over my head (was I ever?), I felt that I was still managing to do so in my embrace of new technology.

I can be a little stiff-jointed at first, as I have been with social networking and eReaders, but eventually I loosen up, as I’ve now done with Twitter and (to a lesser extent) Facebook.

Earlier today I posted the longest and most involved entry I’ve yet written in some three years of blogging. I use Twitterfeed to tweet my new entries and for some reason it wasn’t picking up on this one. I changed the settings and still nothing. How could I tweet it manually?

I checked to see if anyone else had noticed it today, so I could tweet their entry. Nope (because it hadn’t been tweeted…a vicious circle). So I thought I’d tweet it myself from my site.

Then I remembered a visit the other day to eCampusNews for an article about Zinio’s new “all-digital newsstands” (saves floor space!). Good story, but what struck me was the social networking “button” on the site. Powered by AddToAny, it the biggest blog button I’ve ever blundered upon. They seem to think that size matters, forgetting that it ain’t the meat it’s the motion. I had to assume the Vasisthasana position to get a screen capture of this one.

It certainly solves the problem (and then some). What’s Fark? Weren’t they disbanded after the diplomat was rescued? I thought I got my vaccine for Xerpi. Maple must be Canadian, but I can’t find it online. Oh well.

I think smaller is better. But I’d better add a few more buttons. Then I can just move on (for now, anyway).