O.K., the blog title is hyperbole. Einstein’s Theory of Relativity was brilliant. Bundling print and digital books is an idea that’s been floating around. But it’s exciting to see Amazon put its heft behind the concept. Now we can declare bundling as a growing part of how we transact publishing. Newspapers and magazines have given the plan a good old college try. Each is finding some success. Are books different?

Making the comparison between the print and the digital versions of daily papers, broad-circulation magazines and books is valuable, but the value proposition differs. Something to do with the currency of news, the design value of magazines and the density of books.

It was my mistake to think that the bundling initiative would come from large publishers and then spread like wildfire. More fool I. When I Google “bundle ebook and print book -amazon” I find that only a handful of small presses currently offer print+e bundling, for example De Gruyter, which adds digital for a 40% premium over print. Waiting for the big publishers could have taken forever. 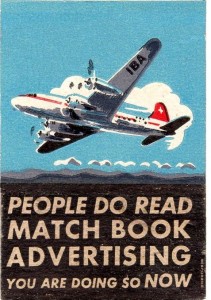 Courtesy “Just Something I Made”

My other mistake was failing to consider bundling digital with books already purchased. That’s Amazon’s masterstroke. Publishers don’t know their customers by name (as has been observed with painful frequency). Amazon knows everything its customers have ever purchased.

Yes, when you look behind the curtains at Amazon’s announcement you learn that only 10,000 titles are in the initial program. This means nothing. Amazon has proven that when it finds a way to stuff a little more cash into author’s pockets the program will succeed. Remember that Kindle Owners’ Lending Library (as it was then called) launched with a library of 8,949 books (typical Amazon, no current program data is available). Kindle Singles launched with nine titles and now features over 400. Larger publishers will surely drag their feet on joining this program. Until they hear from some of their more influential authors who demand that they do so.

Besides noting that one or more of the big five publishers could have long ago found a way to match purchases of print and ebooks there’s another guilty scallywag over in the corner, left paw covering its eyes: Barnes & Noble. B&N also made an announcement today — it’s launching the distribution of college newspapers on the Nook. Fine. Good idea. I’m all for it. But it doesn’t even create a spark to light a flame that could distract us from Amazon’s MatchBook. And that saddens me.

There’s never been any mileage in the argument that print is better than digital or the opposite. Each offers unique advantages. What better way to resolve the debate than to package both, discounting the version that costs the least to “manufacture” (i.e. digital, which, because of conversion costs, is not quite free) and allow readers to enjoy the strengths of both.

September 4, 2013: I disagree, but respect Melville House Duntin Kurtz’s perspective: “Amazon to begin bundling print and digital books, to the detriment of both.”

September 6, 2013: According to Publishers Weekly the larger publishers are mostly unenthused. Sigh.