However the sentence in the press release continues “moving forward, Barnes & Noble and Newco will have a royalty-bearing license under Microsoft’s patents.” That means Barnes & Noble has agreed to pay Microsoft for some or all of its previously disputed patents via this new company (currently called “Newco”). And that means Microsoft managed to gain the upper hand in these negotiations.

For all we know the royalty payment will be only half a penny per item, and have an annual limit of $11.74. Microsoft wasn’t suing only Barnes & Noble over these patents. There were, and still are, many other named firms. Back in January, in announcing a deal with LG for smartphones, Microsoft claimed that “70 percent of all Android smartphones sold in the U.S. are now receiving coverage under Microsoft’s patent portfolio.” So Microsoft has plenty at stake here. 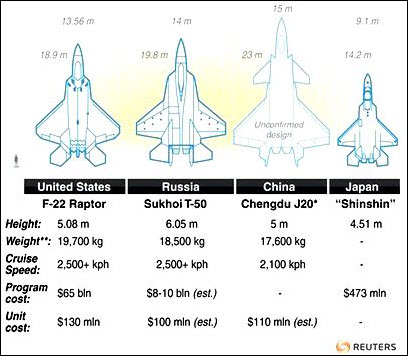 Patents are tossed around a lot in the media these days because tech firms are increasingly involved in playing very high-stakes patent games. If the news media was really honest with readers it would simply admit: The development, filing, defending, financing and litigating of patents is so intricate and complex that for us even to pretend to be offering information on the topic is at best questionable, at worst, irresponsible. When we write “Apple won…” or “Google fought…” or “Microsoft conceded…” we’re using words that supposedly convey meaning. But the fact is we haven’t a clue who’s actually winning the patent wars, or how they’re really being fought. But because we’re a news outlet we have no choice but to pretend to be knowledgeable.

I’m not a lawyer, but I’ve spent a lot of time working as a paid “expert witness” in patent lawsuits, so I have a passing knowledge of the topic, more than most. That knowledge leads me to conclude that I will never understand more than the most basic language and procedures here, and so always tread with great care in this arena. As to whether Amazon, Apple, Facebook Google, IBM, Intel or Microsoft is the strongest contender in the patent wars I haven’t a clue. I keep an eye of developments but read few accounts only because I know that the journalist is almost certainly as clueless as I am.

Just about any other type of litigation can be at least grasped by mere mortals.  Like this one:

Barnes & Noble is fighting a lawsuit with several large shareholders (including the Louisiana Municipal Police Employees Retirement System) over Len Riggio’s sale of Barnes & Noble College. Riggio and his family and friends used to own the College division separately from the retail trade bookstores. Then Barnes & Noble Inc. a company that Len Riggio also more-or-less controlled, agreed to buy the division for $439 million.

As the New York Times argued back in the fall of 2010: “No good can come of this for Mr. Riggio. Documents may come to light that show this already ‘fishy’ transaction to be actually biased in his favor. Given the criticisms of the transaction at the time, this appears to be something I would bet would occur…settling this matter is going to be yet another cost for Barnes & Noble at a time when it can ill afford it.”

The case is due to go to trial in June of 2012. A hearing as to which Barnes & Noble directors held responsibility led to a March judgment, but the balance of the litigation appears to be moving forward.

The question that troubles me is how the Newco deal with Microsoft will impact this important litigation. Obviously lawyers on all sides are fully aware of what’s been happening (it’s been discussed openly in the press). I can’t imagine Microsoft purchasing assets from Barnes & Noble Inc. that were still subject to major litigation. I’m looking forward to some answers (Barnes & Noble can be reach for comment, but never bothers to comment, so journalists eventually give up seeking comment. There is a comment box immediately below this post).

May 1, 2012: Reuters’ Alison Frankel offers a solid analysis of the litigation.

August 1, 2014. Today Microsoft announced that it is suing Samsung for allegedly not “complying with its agreement with Microsoft,” i.e. stopping payment of Microsoft’s Android royalties. Florian Mueller (FOSS Patents blog), “the world’s most-quoted expert on smartphone patents,” weighs in on the dispute. Mueller offered extensive coverage of the B&N/Microsoft patent litigation including:

Mueller pointed out in April, 2012 that the initial determination of Microsoft’s patent claim against Barnes & Noble had been postponed until June 1, 2012. I find it difficult to imagine that Microsoft’s $300 million investment in Barnes & Noble (annouced April 30, 2012), which included B&N agreeing to pay a license to Microsoft for the Android patents, was not connected at least as much to resolving the litigation issues in Microsoft’s favor as it was to any interest Microsoft had in being a part of Barnes & Noble’s Nook and college business.

I’m strengthened in this supposition by the events following Microsoft’s agreement with Barnes & Noble, or rather by the absence of any additional value gained by Microsoft other than a sort-of Barnes & Noble app on its not-popular Microsoft tablet.

From Business Insider, March 13, 2014: “But two years later, it’s hard to see how this was a fruitful venture for Microsoft… So, what exactly did Microsoft get for its $300 million investment? It ended a potentially damaging lawsuit for Microsoft.”