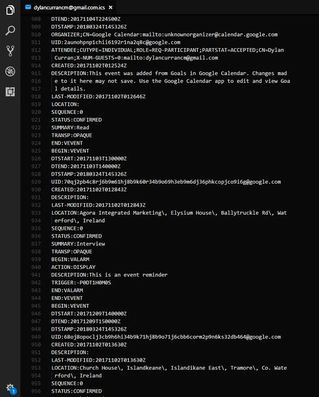 Rather than adding my voice to the chorus of the last few weeks, and months, and years, decrying issues of control and privacy lost via social media and search engines I’ll link instead to another voice, a straightforward post by Dylan Curran in which he graphically illustrates the data the Facebook and Google collect about each user.Yes, I’d heard it all described before, but I’d never seen it examined so closely and illustrated so clearly as with Curran’s examples from his own user data. I find it chilling, with a feeling that things have spiralled out of control.

We’re just beginning to realize how user struggles to regain privacy will become a defining force for every publisher that engages via the web.

April 4: Recommended reading in The Washington Monthly: A 6,000 word take by Roger McNamee: “an early investor [of time and advice] explains why the social media platform’s business model is such a threat—and what to do about it.”

April 10: One of my author clients, James Morgan, sees the Facebook challenge from a management perspective.)

April 15: The always insightful Frederic Filloux posits that “the internet giant will emerge mostly unscathed from recent episodes,” playing the long game to earn “The Next Billion.”

May 18: Brian X. Chen’s New York Times article about the data Google collects on each user argues that it’s less “creepy” than what Facebook collects. I’d counter: not by much.