I’ve been on the road these past few months: in, Bogota, Colombia, in Toronto, Canada and in Australia, both Sydney and Melbourne. It gave me a chance to hear the concerns of publishers in each of these places. The conversations were more often about mobile than they were about print.

As I reported a couple of entries ago, my Colombian adventure featured presentations at their extravagant annual international book fair and at the National Library. In Toronto I had the opportunity to offer my presentation “Mobile Strategies for Digital Publishing” to the annual meeting of the Association of Canadian Publishers (ACP). In Australia I spoke with smaller groups of publishers in Sydney and then in Melbourne, covering both mobile and more general prognostications on where publishing is headed.

What themes emerge from the different publishing scenes in these very different countries? 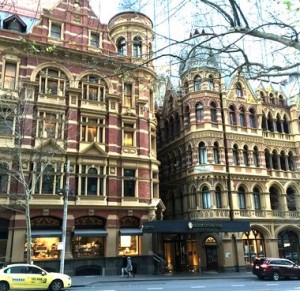 I think that an essential commonality is just how tough it is to publish in smaller markets. American and UK publishers are heard to complain loudly (and with much justification) about the challenges of publishing in their enormous markets. They might ponder for a moment how much more difficult it would be to run their publishing program in a country with a reading population totaling just 10 per cent of what they can currently target.

As a result another commonality of these three countries is their reliance, to varying extents, on support from regional and national governments.

Publishers in many smaller countries would be jealous of the high level of government support for Canadian publishers. This listing from the Canada Book Fund reveals one-year grants of $30 million to Canadian-owned publishers in English and French. Assuming the publishing can flourish with a 10% gross margin after all variable and fixed expenses are covered, this granting would support a $300 million industry. Scroll down the page and look at the level of funding for organizations that foster the growth of Canadian book publishing and you’ll find another $5.5 million awarded.

Grants to Canadian authors are also substantial, and come from all levels of government, including civic.

(All dollars reported here are in local currencies.)

In Australia the money is more scarce. There is government support for publishing, although much of that is directed to authors rather than their publishers. Australia’s Public Lending Right (PLR) Committee granted some $9.5 million to authors and publishers: the publishers scored $1.7 million of the total. The Australia Arts Council annually offers over $1.3 million, but most of that also goes to authors. Looking at the situation from a distance it appears that Australia is inadvertently supporting a culture of self publishing.

The most comprehensive examination of Colombian publishing is María Villegas’s 2015 Often Difficult, Never Impossible: The Colombian Book Market (unfortunately behind the firewall; forty bucks to purchase). Villegas and others report that most of the government support for the $300 million (USD) market is channeled through funding to libraries and schools. The country continues to struggle with improving the literacy of its some 50 million citizens.

The other challenge in each of these countries is the influence of “foreign” cultures on the local scene. Canada suffers it the worst: a look at the Canadian bestseller list reveals an absolute domination by American titles; there’s not a Canadian-authored title on the fiction list.

Colombia has a dual “threat”: the U.S., and more significantly, Spain. Further it’s challenged by its Hispanic neighbors, particularly Argentina and Mexico.

Interestingly, coloring books dominate the non-fiction bestseller list. I’m not sure what this says about Australians. The coloring book trend is evident in the U.K. as well, though not yet in the U.S. Curious. (Aha: An April article in The Guardian examines the coloring book phenomena. Stress relief, apparently.)

Looking back on these visits abroad I see a balance. On the one hand smaller markets challenge the business proposition. On the other hand there is an intimacy to publishing in a smaller country. Publishers can afford to be more collegial than competitive.

August 19: From Flavorwire: Are Grown-Up Coloring Books the Future of Publishing?

November 17: Publishers Weekly: The Coloring Craze: Adult Coloring Books, 2015: The adult coloring book craze that started at the beginning of 2015 shows no sign of slowing down.