The Guardian in the U.K. has asked me to participate in an online chat at 12-2pm GMT (7-9 am EST) this Friday, December 2nd, for an insider’s guide to self-publishing. The focus is on academics and researchers as the chat comes via Guardian Professional’s Higher Education Network. Key issues differ between academic publishing and trade publishing to a general audience most author concerns overlap. I’m going to cover the common ground here, and save the specifics for the chat.

Every author who considers heading along the self-publishing route needs to immediately face the heart of darkness lying at the end of the river. There remains a very real stigma attached to self publishing, an enduring vestige of the days of the vanity press. Say what you will about the capriciousness and sometimes arbitrary nature of the traditional publisher’s manuscript acceptance process, it was the rare vanity press title that could approach the quality of even a third-class remainder from an established London- or New York-based book publisher. You know and I know that there’s great prestige associated with traditional publishing. Self publishing success in the age of ebooks in an inspiring story. But 99% of authors would cheerfully exchange their self-publishing stipend for the prestige of a puny Penguin. 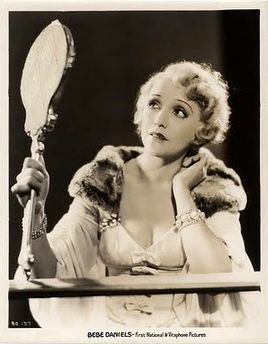 Me, a Published Author!

Proponents of self publishing (of which I am one) might have you believe that the cursed stigma has been erased. It’s not true. It’s been modified, but only for the few who succeed to achieve substantial sales and a measure of fame. Instead of being merely a deluded fool with a fragile ego, you’re now a very lucky deluded fool whose ego may be intact. Most other authors will still be judged harshly by all but other self-published authors. And none will judge them more cruelly than the lucky few who made it past the tall editorial gates guarding the shrinking empires of the brand-name publishers.

Book publishing has always been much more than a business; if it was merely a business it would have disappeared alongside the bankrupt Johannes Gutenberg.  The power of the printed text has always conferred mystical powers upon Those Who Are Published. I’ve seen it myself. My resume was not closely scrutinized when delivered within the pages of my latest non-fiction book, while my competition evaporated. I suddenly appeared as the ideal tenant when my rental application arrived in a package with a smart-looking hardcover bearing my name.

So much of this snobbery is based on loosely-acquired wisdom. Most of the folks who condemn self publishing couldn’t name ten different publishing companies, and wouldn’t know whether Weidenfeld & Nicolson was founded before or after Beatty & Church. (Beatty & Church was the name of one of my early publishing companies, founded around 1980. It offices were on Beatty St. in Vancouver and Church St. in Toronto, but of course we intended the name to imply that the imprint had been established in the nineteenth century.)

Still I was always sheepishly conscious of which of my books bore my invented imprint and which sat smartly on my shelves with Doubleday or Saunders embossed on their spines. I had a chapter published in 2002’s The Columbia Guide to Digital Publishing. Yes, yes, that Columbia. Columbia University Press! Despite lifetime earnings of less than $100, it remains one of my proudest achievements.

Whatever makes authors so delusional?

It’s the same thing that drives us to buy a Lexus instead of a Toyota, to shop at Harrods and to drink Perrier. But as with luxury brands the power of established publishers is not just a matter of slick advertising luring gullible shoppers. Quality shows. Publishing is indeed a profession and demands myriad skills and extensive resources to execute effectively. Editors choose manuscripts with the self-conscious care. Established artists are entrusted with design tasks. The largest printing companies in the world use eco-friendly papers and the sturdiest of bindings to deliver an economical product that can leap off crowded bookshop shelves. Publisher’s reps fight hard for limited retail space while publicists cultivate relationships with reviewers and the talk shows.

Oh, you say, but it’s so much easier now that we can just self publish our work in digital form. Ebooks are so much simpler to produce. Ebooks were simple to produce, mainly because the early formats crippled the presentation of anything more complex than run-on text. That’s all changing now with the new EPUB 3 format. As somehow who has generated dozens of print books via PDF I can testify that EPUB 3 is vastly more complex than PDFs generated from QuarkXPress or Adobe InDesign. (I know that I lost half of my readers with that sentence. You see how complex it can be?)

And marketing those books sounds easy only if all you’ve studied is the author’s jaunty success story in People magazine. Yes the Internet lets you reach out directly to potential readers. Unfortunately the competition to be heard has increased a hundred times while the number of readers has increased by about 3%.

My advice to authors seeking to self publish is that step number one is to lose your self and learn how to publish, to publish just as professionally as the professional publishers you’ll be competing with. Even in this era of instant ebook ecstasy quality always shows to those who know.

Few authors have the necessary skills. Not a problem. The Internet has also enabled a fluid marketplace to assemble the skilled team required, or to pay a reasonable premium to a reputable self-publishing service for one-stop shopping. Create the best darned book you can, word for word, and image to image, both in print and in digital form.

Then the real work begins: finding your readers. Yes, they’re easier to reach, but as tough as ever to convince. The big plus from ebooks is price flexibility, sometimes negating the risk in the one-click buy, while adding a big dollop of convenience, enabling the spontaneous “Oh, what the heck” buyer. We always thought hardcovers were a bargain at $25; still reasonable at $50. Who knew there were hordes just waiting for $2.99?

Attitudes will change as professionals begin to realize that the imprimatur of a university press is no longer the only guarantee that the information within has value. Peer review, whether academic or from a single experienced editor, is only one imperfect method to filter what gets sold as a book.

The glory of publishing is seeing new ideas unleashed and unexpected tales heard for the very first time. Celebrate: a new age of abundance is upon us. The unexpected cacophony of voices compels adjustments to our systems of discovering and filtering. We’ll learn. We’ll learn from books and from every other dynamic form of publishing unleashed by the remarkable web.