So why, you are asking, do we have two different specifications for the same thing? Lots of people are going to be asking this question in the months ahead. The answer is dead simple: to help Amazon maintain its hard-won competitive advantage in the e-book marketplace. 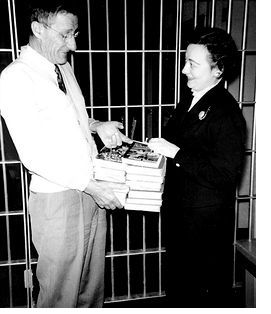 EPUB 3 is supported by every other publisher, author and e-book retailer besides Amazon. Amazon wants to make it impossible for you to read other retailers e-books on its hardware, and to control your experience of its ebooks on everyone else’s hardware. That’s called vendor lock-in. To quote from the Wikipedia article on the topic:

In economics, vendor lock-in, also known as proprietary lock-in or customer lock-in, makes a customer dependent on a vendor for products and services, unable to use another vendor without substantial switching costs. Lock-in costs which create barriers to market entry may result in antitrust action against a monopoly.

It happens all the time — look at your cell phone contract. It’s as effective as it is distasteful.

That aside, there’s lots of good news from the front lines: both formats promise (over time) some very attractive e-book formatting. EPUB 3 is the more richly enumerated specification — the sky’s the limit. Anything you find on a web page today can be strapped into an EPUB 3 file, including audio and video and brilliant color graphics. I say “strapped” because e-books are really just web pages tossed into a digital straitjacket; the better to enforce the DRM, my dear.

A key feature of EPUB 3 that Amazon is sacrificing on the altar of competitive advantage is support for the DAISY “digital talking book” specification, much enhanced and thoroughly consolidated within EPUB. While Amazon is clearly cognizant of the need for text-to-speech support on the Kindle, I see this lapse as a black mark on the company.

What’s the short-term impact of these two new formats? Not much. It’s going to take time for publishers to take advantage of them, particularly when none of the devices currently available in the U.S. support either one. But the future is brighter than the sloppy texts we’ve been saddled with to date.

There’s lots of homework in the mean time.

Just published is an excellent short e-book about EPUB 3 by Matt Garrish, who was chief editor of the new spec. Called What Is EPUB 3?, O’Reilly is offering it for free download (even with a version in Amazon’s Mobi specification!).

Bill Kasdorf, who worked on the metadata portion of the EPUB spec, wrote a lively introduction over the summer, also available for download.

Amazon has sparse information available thus far; you can sign up for more.

History shows that market forces will eventually force Amazon to join the EPUB standards party. It also shows that dominant vendors milk customer lock-in as long as it remains profitable and doesn’t raise a stink.