I suggest to publishers and the software vendors serving them that they take 25 PCs for every tablet they want to ingest because that will be the ratio of PCs in use around the world for each tablet (by December/2012).

All Things Digital today recharged the iPad hype engine with its article “Tablet of Choice for Android Users: The iPad.”

It’s designed to be a startling headline, and it only makes sense.“iPads are currently selling better than Android tablets to Android smartphone users.” Of course they are. Apple has proven unassailable in the tablet space. It delivers a great product at a tough-to-beat price. There are 100,000 tablet apps available. However “three-quarters of potential buyers are open to purchasing non-Apple tablets” so “there is still plenty of opportunity for Apple competitors to take a share of the tablet market.”

The important part of the article is in the chart: 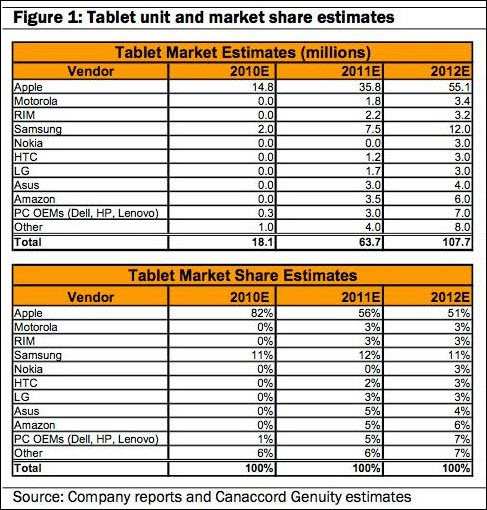 1. Apple’s will have sold roughly 60 million iPads by the end of 2012, presumably about ⅔ in North America, so 40 million owners. That will be the total targetable base for vendors by the end of next year.

2. By then non-iOS tablets sold will equal iPads, although I’d project that at least ⅔ will be outside North America. So the targetable North American base for Android, RIM and HP tablets could be 20 million owners.

Some other numbers that matter for publishers and software developers in the publishing space:

a. Apple’s Macintosh computer has about 10% market share in North America (it could be as high as 15%). There is contradictory data about Macintosh adoption in the core publishing demographic. The Macintosh computer is the unquestionable favorite in the professional graphic design community. I’ve never found compelling data for other sectors. The iPad is also clearly much in vogue among the well-heeled technorati and digerati, although they may be more visible than numerous.

b. The installed base of Macintosh computers is a relatively-modest 54 million worldwide (6/2011). This is 3.8% of the 1.4 billion PCs in use (end of 2010). Again the numbers in North America are more favorable to the Macintosh.

c. Taking the measure of mobile: think smartphones here, not tablets. The smartphone numbers are always stunning in terms of growth. But the base is still modest: the U.S. had 63 million smartphone subscribers in December 2010. Moving forward, 60% of handsets shipped will be smartphones with sophisticated browsing capabilities. 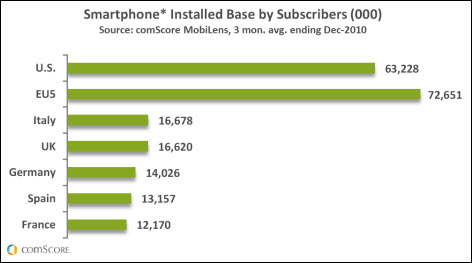 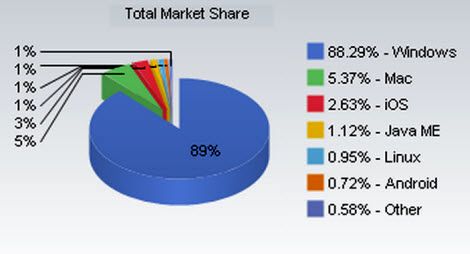