I’ve been thinking a lot about libraries.

To think about the library of the future you must start with an appreciation of libraries today. That appreciation must be derived from being an active customer of libraries — you don’t qualify if you don’t regularly borrow books and other physical (analog) materials. You also don’t qualify if you fail to take advantage of the great online services from your local public library and every other library you have access to (1). 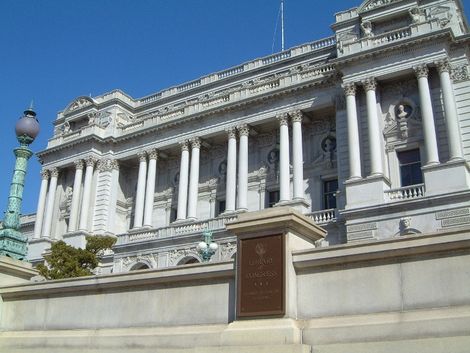 So this is not an insider’s look at the library of the future and not necessarily the view a librarian might have. I’ll be considering librarians’ perspectives: I respect them a great deal. But just as active readers are often more interesting than publishers when considering the future of publishing, so too are active library users uniquely qualified to consider what they want from their libraries next year or a decade from now.

I’m not interested here in armchair theorists who last used a library when they were 12 years old. Libraries are living, breathing, changing organisms in the future of publishing ecosphere. We must live among the living.

So you have good reason to be interested in the library of the future.

Next you might look at how they evolved to where they are today. That’s important. We see clearly in the United States today the truth of the simple dictum: “Those who forget history are doomed to repeat it” (3). Let’s not make this mistake when thinking about the future of libraries.

Then you might look outward at the broad publishing trends covered on my site.

You’ll get a first glimpse of the library of the future.

I’ll conclude this first entry with a quotation from Stephen Ramsay (4):

How do you tell when the person addressing a group of librarians is not a librarian? Easy. He or she will, as surely as day follows night, make a reference to the Library of Alexandria.(5)(6)

College and university students have access to libraries that are a part of the institution they pay (or paid) to attend. I don’t have that access (other than limited physical access to local institutional libraries). I, however, am a member of the ACM — Association for Computing Machinery — the world’s largest educational and scientific computing society. It has a superb digital library which I frequently access.

2. Intended in the broad sense that I use the word “publishing” on this site.

3. If you go to a library you can learn all about the origins of this quotation. It has a rich history. Or you can just search online. Try it. I bet you’ll wish you had a librarian at your side who could help you avoid wasting too much time on political web sites appropriating the quotation to justify their interpretation of history. You just want to know who first said it. That George Santayana never said it does not tell you who did.

4. Stephen Ramsay is an Associate Professor of English at the University of Nebraska-Lincoln and a Fellow at the Center for Digital Research in the Humanities. “He spends most of his time writing about Digital Humanities and designing and building text technologies for humanist scholars.”

5. If you read the full article that this quotation is taken from you will see both why librarians are marvellous and also why they may not be the first ones we should go to to ask about the future of libraries.