The Wall Street Journal broke the story today, starting off with “The federal government is launching an expansive program dubbed ‘Perfect Citizen’ to detect cyber assaults on private companies and government agencies running such critical infrastructure as the electricity grid and nuclear-power plants, according to people familiar with the program.”

Perfect Citizen! Don’t you just love it. “I wanna be a perfect citizen.” A perfect cyber citizen.

Johnny, if you don’t clean up your cyber citizen behavior you’re grounded. 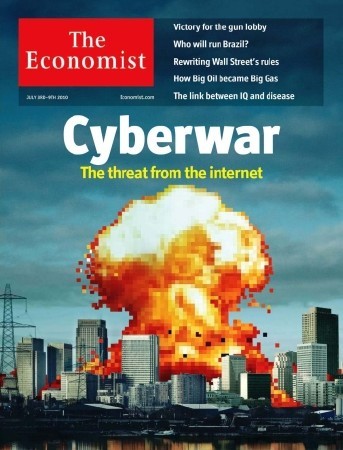 That aside, what intrigues me about the report is that last week’s The Economist had a compelling briefing on the threat of cyberwar (the story is not yet behind its cyber firewall). Because I’d read the Economist editorial and article before today’s announcement, I’m not alarmed by the “big brother” angle that predictably has so many fulminating (already over 500 Google links to “cyber ‘perfect citizen’ ‘big brother'”). So was The Economist put up to the story? Or did U.S. government officials realize that after The Economist has already sold the threat to 90% of key U.S. (and international) decision-makers, it would be an opportune moment to leak the story?