The IDPF (International Digital Publishing Forum) has released its October sales figures and the records continue to be broken. As noted in an email to IDPF members:

The association quietly once again reminds the curious that:

In other words, these numbers are probably understated if anything (provided you ignore the fact that Amazon apparently sells the bulk of its eBooks below wholesale cost). 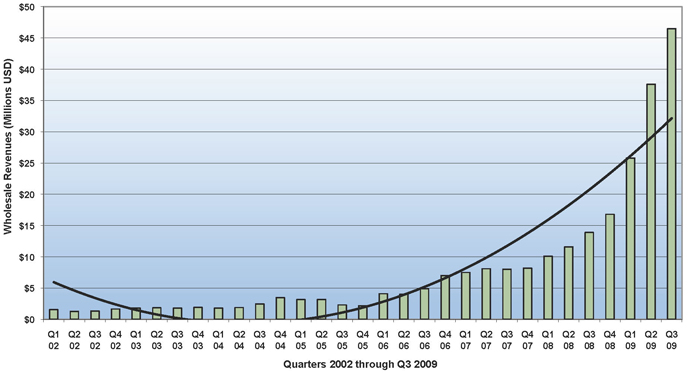 Your humble blogger notes that while these year-to-year increases are indeed impressive, the Association of American Publishers, while not yet announcing October sales, has released September’s figures: “Book sales tracked by the Association of American Publishers (AAP) for the month of September increased by 12.3 percent at $1.26 billion and were up by 3.6 percent for the year.” He would also note that while he cannot find the eBook sales number for September 2009, the statement above from IDPF indicates that it must have been below $16.2 million, claimed as the previous monthly high. As such, eBook sales in October were less than 1.3% of overall book sales (although there is no doubt some finagling to be done to balance retail and wholesale numbers).

We are once again reminded that there are lies and damned lies. And then there are statistics.