I’m duty-bound to provide you with the latest eBook sales statistics as dredged up by the the International Digital Publishing Forum (IDPF). The organization doesn’t seem to want to crow about the numbers but Mike Shatzkin notes that “The IDPF just announced that year-over-year ebook sales for August are triple what they were a year ago!” 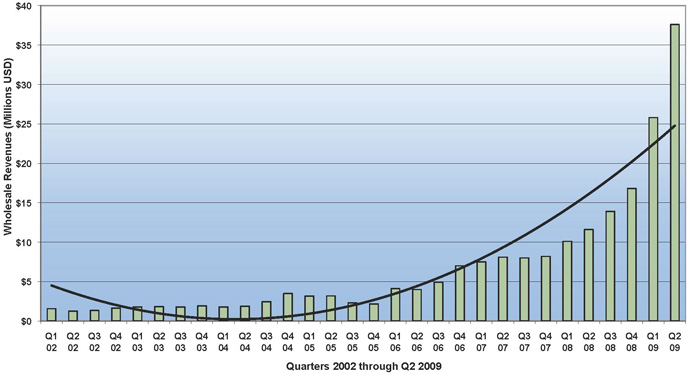 As the following chart shows, “triple what they were a year ago” means $35 million+ versus $11 million+. Although Q1 ’09 was about 2.5 times Q1 ’08, let’s just assume that the whole of ’09 will be triple of all of ’08. That would suggest 2009 eBook sales of at least $150 million. No spare change, but as I’ve pointed out elsewhere, this remains little more than a rounding error for the book publishing industry as a whole, representing still less than 5% of anticipated 2009 total print sales. 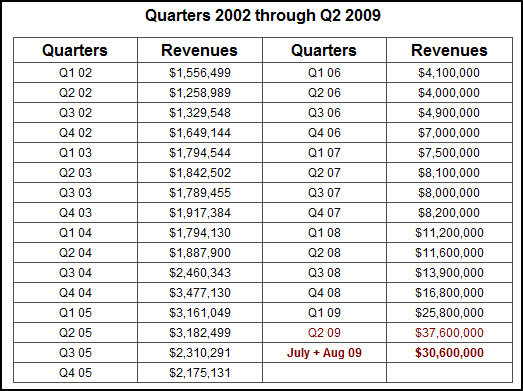 Yes, eBooks sales are growing quickly, as are the sales of organic produce. According to the 2009 Organic Trade Association Survey, organic produce sales rose by a “whopping” 17.1% in 2008. As a result “organic food sales now account for approximately 3.5% of all food product sales in the US…”

Let see when Spelt Flakes put Cheerios out of business, and when eBooks kill the printed book business.