Canadian culture took a major hit on Monday with the sale of Canada’s most important book publisher, McClelland & Stewart. Canada’s largest university, the University of Toronto, took a gift horse and sold it to the Bertelsmann AG, the fifth-largest book publisher in the world, via its proxy, Random House of Canada. Random House of Canada is owned by Random House in the United States which felt that news sufficiently important to fail to issue a press release today. Likewise the University of Toronto.

Why do I feel that I’ve seen this film before? But that last time it had a happy ending.

As reported in The Canadian Encyclopedia, “Widespread publicity and concern was aroused by the announcement in 1971 that M&S was for sale. The Ontario government decided to provide a $1-million loan to prevent its sale to American interests. In 1984 the government again stepped in, freeing M&S from its debt obligation (some $4 million). This action depended on McClelland being able to raise over $1 million from the private sector; his success at this endeavour was an acknowledgement of M&S’s contribution to Canadian culture.”

As reported in The Globe & Mail today: “Before announcing the transaction, Random Canada quietly approached the office of Minister of Canadian Heritage and Official Languages James Moore to seek an exemption from long-established provisions of the Investment Canada Act, which specifically outlaw such takeovers. The company reported that Mr. Moore granted the approval ‘on the basis of the commitments we made that demonstrated that this investment is likely to be of net benefit to Canada.’”

What a difference 40 years makes.

(See also my separate post on the extent of the government grants M&S received while under the effective control of Random House.) 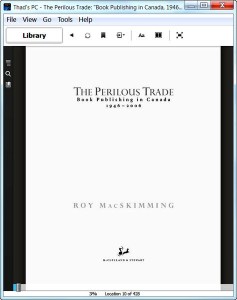 By coincidence the ebook will be published tomorrow by McClelland & Stewart (div. Random House of Canada). It’s available tonight for pre-order on Amazon.com, but sadly not on Amazon.ca, nor on Chapter/Indigo, “Canada’s online bookstore,” Canada’s remaining national book chain (the one that’s getting out of books).

But, you say, how can that be? Even before today the very capable Random House was in charge of sales and marketing for McClelland and Stewart. 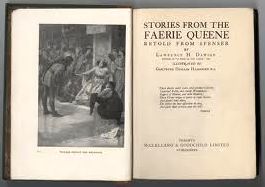 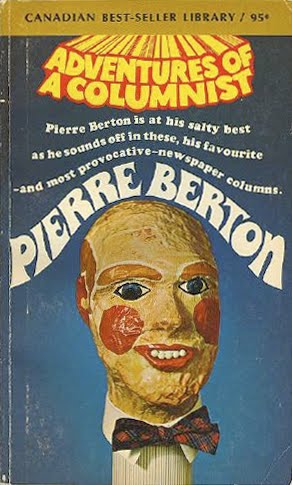 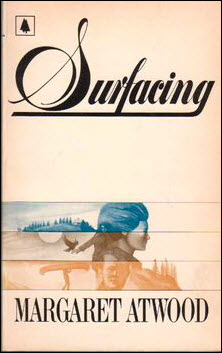 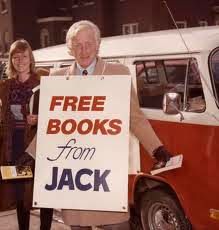 A gift for marketing