U.S. book industry sales reports come from three main sources, the Association of American Publishers (AAP), NPD BookScan — which captures about 85% of print trade book sales (including Amazon print book sales), and the U.S. Census Bureau, which tallies bookstore sales, including the chains (of all products sold, not just books), but not including online book sales. 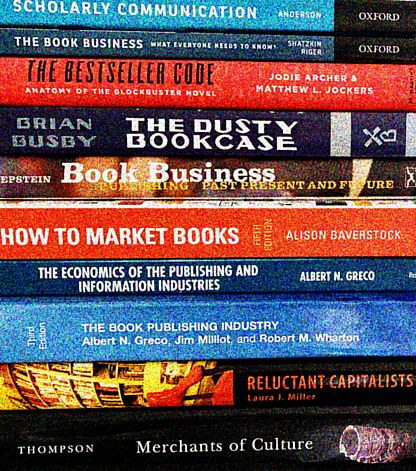 The overall AAP data is tough to compare against the other two sources as it includes educational and scholarly publisher sales (although sales by type of publisher are usually isolated within the totals). The AAP provides wholesale, not retail data, though the trends should be relatively consistent across both. But, more broadly, the disparate data sources make detailed comparisons subject to dispute.

Within those limitations let’s look at the publicly-disclosed sales reports covering 2018 and 2019 to date, working backwards from the most recent data:

• U.S. retail book sales were down about 2% in the first three months of 2019 (NPD BookScan, as reported by The Hot Sheet).

• Profits rose in 2018 at four of the five major trade publishers [that report their financial information] (PW).

• (added to this post on 9/03/19) The first six months of 2019 were something of a mixed bag for trade publishers whose financial results are publicly reported. (PW)

For a point of comparison to U.S. figures, the U.K. Publishers Association reported “total book income” in 2018 down 4% to £3.6bn, with physical book sales down 5%.

Does the decline in bookstore sales recorded by the U.S. Census Bureau thus far in 2019 indicate lower book publishing sales overall or instead signal the continuing move to online as the dominant retail outlet? Hard to tell. Amazon, as always, guards book sale data, but as recorded by Publishing Perspectives, based on AAP data, “for a second year publisher sales to online retail channels exceeded sales to physical retail channels, with sales to online retail at $8.03 billion and sales to physical retail at $6.90 billion.” For trade books the number was $6.74 billion online, versus $3.84 bricks & mortar (also AAP via PW).

So there you have it: up a little here, down a little there. I’ll leave the last word to Porter Anderson, writing in June in Publishing Perspectives about the latest AAP report: “From the five-year view offered by the report, revenue for the American book publishing industry is seen contracting again slightly for a fifth year, in what appears to be a gentle, downward glide-path.”