The latest data from the U.S. Bureau of Labor Statistics (BLS) shows that employment in the book publishing industry dropped by over a quarter (25.7%) since spring 2006 and nearly a third (32.5%) from its peak 20 years ago. 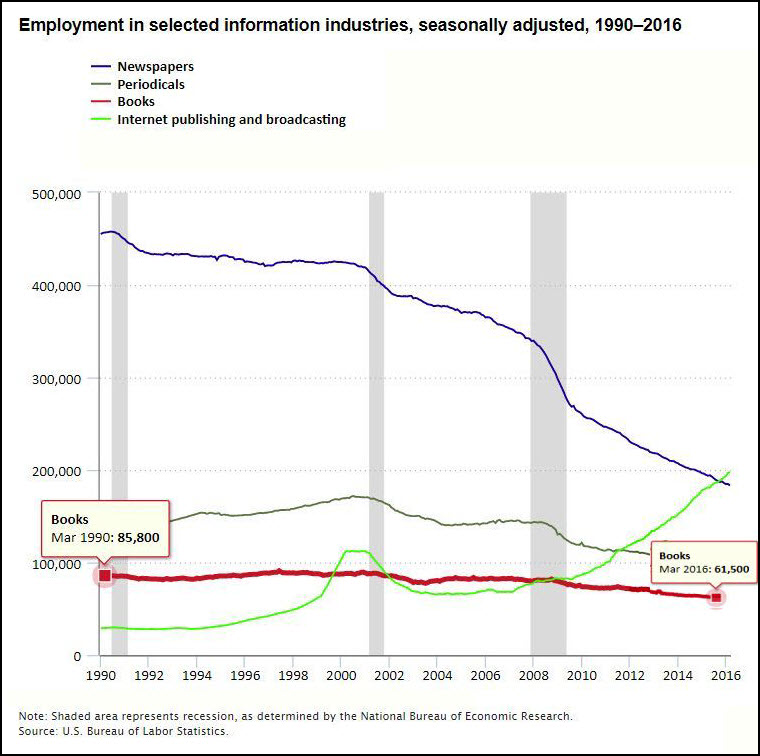 Like all data the reports from the BLS are fraught with idiosyncrasies. For example, when you look at the employment by occupation you’ll see included an assortment of behind-the-scenes workers, such as security guards and “Office Clerks, General.” And there has been lots of criticism of the department’s unemployment statistics.

Of course it misses most if not all of the employment of self-publishers: although should they be classified as “Writers and Authors” or as publishers?

What makes the data valuable is that it’s from a single source covering over 25 years. That alone makes it worth considering as part of the picture of the health of the U.S. publishing industry. 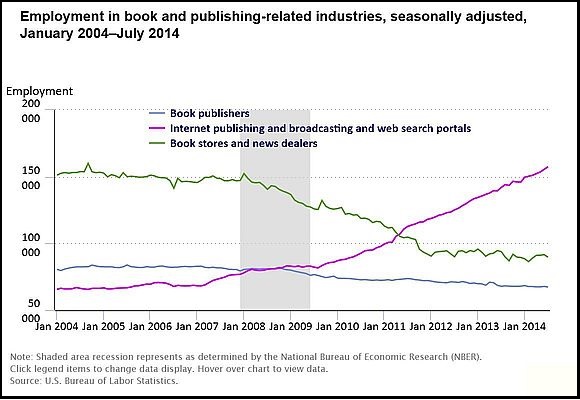 Another data point: On June 15 the Pew Research Center on Journalism & Media released its highly respected annual report, State of the News Media 2016. It is grim but essential reading. The report offers a comprehensive look not just at newspapers but at news media, and so includes broadcast news, both TV and radio, digital news, news magazines and more. The full report (PDF) is 118 pages, but a number of summaries are available as fact sheets. Relevant to this blog post is data on newspaper employment. Unlike the BLS stats which consider all employees at newspapers, the Pew report details just newsroom staff. From its peak in 1998, newsroom employment had declined by 42% to 2014. 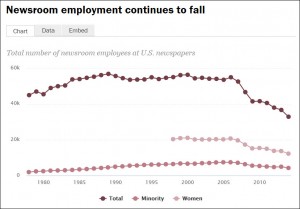