And we think that it’s complicated to run a publishing company?

I’d argue that traditional print publishing is, in the scheme of things, dead easy. The movement of the levers is well-understood.

What is management’s responsibility? Making sure there are X number of new titles available for two seasons a year, and manage a marketing department and a sales force to make sure those books get maximum exposure. And then to keep selling those now-backlist books in a world where readers are deluged with more than 250,000 new titles during two seasons each year.

This process is capably described in about 400 pages in books like Tom Woll’s Publishing for Profit (in its 5th edition) and in Giles Clark and Angus Phillips’ Inside Book Publishing (also in its fifth edition). 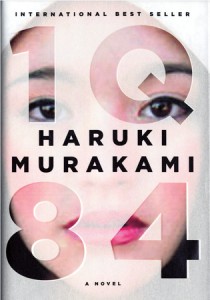 Still, there are two aspects of publishing that require real talent: editorial and design. Editorial is an innate talent before it’s a skill. You really can’t teach an editor to be Maxwell Perkins.

Design likewise demands a talent that can’t be built from scratch. You’re either a fine designer, or you’re something less. Listen to Chip Kidd talk about book design if you have any doubts.

Everything looks tough at the micro level. Everyone thinks their business is more difficult to run than the one down the hall. You have to step back.

I’m not trying to belittle the traditional publishing industry. I’m trying to adjust the focus.

If managing an established publishing company isn’t that tough if frees up managers to focus on change.

Sure, digitization creates a situation that feels threatening. That’s understandable. It happens to everyone in every industry that faces the digital onslaught.

But after the fear subsides innovators in each of these industries see opportunity rather than threat.

This is a golden opportunity for the book publishing industry to reinvent itself. I know that sounds stale. But remains true. It’s time to embrace the new, while slowly discarding the deadweight that can make publishing so heavy, so slow.

The first opportunity surrounds both the print and the digital side of publishing. It’s not as sexy as selling 100 million copies of Fifty Shades of Grey. But it’s an essential element of the digital strategy.

The opportunity is re-engineering production and the supply chain. The objective is create efficiencies while reducing costs. As the digital noose continues to slowly tighten around the print publishing business these efficiencies are essential to maintaining a profitable company.

I’ve started to describe the process in this blog entry, “Re-engineering the Book Publishing Supply Chain.”

The second opportunity is in the sale of digital content. I deliberately phrase that broadly: “digital content”, not “ebooks.” Yes, taking the existing print product and creating digital replicas made sense as a first step. But, as we’ve seen, there are limits to growth for that business, apparently around 30% of the market for established publishers. It’s less certain what the next step is for content. But we know where the audience is. On mobile phones and tablets.

I’ve written a whole book on mobile strategies, but can’t pretend to have all the answers. I’m still sifting through the data to see how the shift to mobile-first audiences will play out. How do we compete for their attention? And what kind of content will compel them?

In the modern era, book publishing has always competed for attention with other print and audio/visual media: newspapers and magazines; recorded music; radio; television; and feature films. But never has book publishing competed with these media on the exact same devices. The battle for eyeballs and dollars has never been so intense.

Yes, the battle. One that demands constant effort in the years to come.