At the end of 2012 I published a post called “Read & Watch the Future of Publishing at the New York Times.” That post considered John Branch’s award-winning “Snow Fall: The Avalanche at Tunnel Creek.” The New York Times continues to innovate, this time in the travel section. The short title is “Norway the Slow Way.” I prefer the subtitle, streaming along the screen as you begin to immerse yourself in the piece: “A journey in which I travel north, on the world’s most beautiful voyage, searching for the specter of my grandfather and a glimpse of the ever-elusive midnight sun.” Stunning! 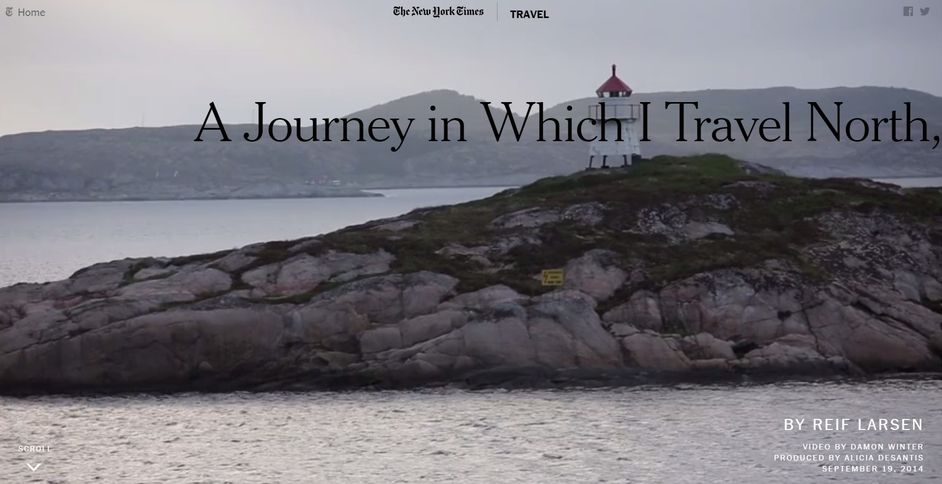