My favorite news story last week concerns a lawsuit that has somehow reached the U.S. Supreme Court on the issue of how much pomegranate juice needs to be in a bottle before you can call it “pomegranate juice.” 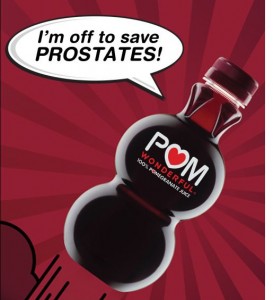 While the Supreme Court judges found lots of humor in the dispute, the Coca-Cola’s defense is that it had in fact complied with the Food and Drug Administration (FDA) labeling requirements.

The FDA, while notoriously lax in its industry oversight and rules, does in fact establish and publish standards on these issues. Coca-Cola sidesteps the issue of how preposterous it is, on the face of it, to call something “Pomegranate Blueberry” when only half of 1 per cent of the juice contains those ingredients. But that’s not the issue. There are standards, and the standards are the law. (Ironically in 2012 Pom had its own dispute with the FDA over its somewhat grand health claims.)

The publishing industry, like most industries, is rife with standards, ranging from content to manufacture to distribution and dozens of issues in between. Keep in mind publishing’s diversity: books, from children’s books to textbooks and technical manuals, periodicals, from newspapers and magazines to learned journals, and within those, content creation, advertising and graphic design. Over the years industry groups have met, haggled and established binding (and many non-binding) standards for each of these concerns. With their multiple players industries cannot become efficient without standards. On the other hand standards do not necessarily make an industry efficient.

If you click on “Standards” on the left hand blog topic listing you’ll see that I’ve frequently covered the topic over the years, touching on Flash vs. HTML5, XML, PDF, metadata generally and the ONIX metadata specification specifically.

Most people think of PDF as a straightforward standard, mainly because it has always been marketed as consistent, even foolproof. Well there are in fact eight different PDF standards, covering special uses from engineering to healthcare.

All of this is a prelude to alert readers of this blog that the broad range of publishing metadata is undergoing a new external review, under the aegis of a W3C metadata task force. The scope of the task force is to “identify problems re the use of metadata by publishers on the Open Web Platform,” and to collect relevant use cases.

Bill Kasdorf has concluded his first set of interviews with nine “key resource people” (including me, blush). Click that link to see the list and Bill’s summary of the issues raised. Click on any of the names on the list to see individual comments in more detail.

The complaints won’t be a surprise if you’ve already been nosing around in the metadata weeds. Issues include complexity, inconsistency, ONIX vs. subject metadata and several more.

I’m looking forward to seeing this task force move forward first because it has been mostly taboo to criticize existing publishing industry metadata practices. Second, and more important, there are some very tough problems here and I think that the group has assembled the expertise required to move the industry toward more realistic solutions.

In the meantime, take care while checking the labels of your “natural” fruit juices. It’s probably from concentrate and has the nutritional value of powdered orange juice.