I should be more polite: Would you like to invest in a 181-year-old company that publishes textbooks for kids?

“You don’t just file for an IPO, so clearly they think there will be a market,” said analyst Tom Taulli about the newly filed prospectus from HMH Holdings (Delaware), Inc., better known as textbook publisher Houghton Mifflin Harcourt. It’s true that you don’t “just” file for an IPO — it’s complex and it’s expensive — but statistics at Renaissance Capital show that in the U.S. in 2012 while there were 141 filings, 75 IPOs were withdrawn. CNBC reported that in fall 2011 IPO withdrawals were at their highest level since 2008. 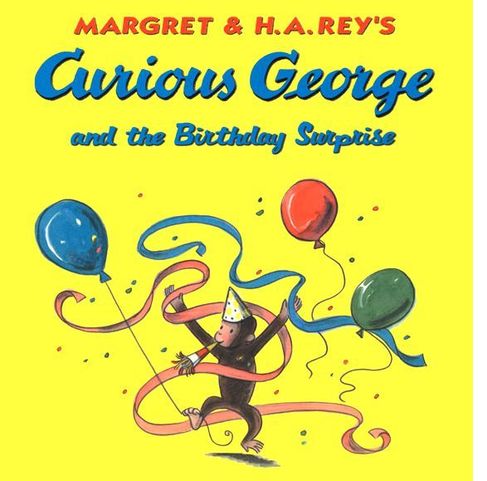 I might have passed over the HMH $100 million filing if it wasn’t followed twelve days later with a $150 million IPO filing by Chegg, Inc., the well-known textbook rental company. I suddenly got the feeling not so much of “get ’em while they’re hot” as get ’em before they’re stone cold.

Besides the obvious distinction of textbook publisher (HMH) vs. textbook rental company (Chegg) there’s an even more important distinction to be made. Chegg rents textbooks to the higher education market — colleges and universities — while HMH textbooks are sold in the K-12 market, kindergarten to grade 12. The two markets are very different. Higher ed, as it’s known, features textbook adoptions mostly on a course-by-course, instructor-by-instructor basis, while K-12 adoptions are of individual titles for (often) vast school districts.

But this distinction is not the key to evaluating the long-term value of these two IPOs. The key is estimating how quickly digital tablets are going to disrupt each market, and whether these key players will be able to reconfigure their businesses in time to capitalize on the shift.

The evidence is spotty and conjectural, as is so often the case. The media doesn’t report on school districts that don’t yet want to make the shift, or can’t afford to make the shift, as much as it reports on the sexy school districts with their grand pixelated planning. For all that higher education is embracing digital learning technology Chegg points out in its IPO filing that 87% of its revenue is still from print. Everyone appears willing to rethink ink-on-paper. But you can’t change a curriculum overnight, and if one of your most successful book series is Curious George (HMH), why would you bother?

On the other hand one of the Obama government’s determined legacies is bringing digital to education: “Digital Promise will harness the efforts of everyone from educators to entrepreneurs to spur the research, development, and adoption of breakthrough technologies that can help transform the way teachers teach and students learn.” You’ll find a host of initiatives and plenty of funding when you search those links. At a state level the news is popping, for example Florida has adopted legislation requiring districts to spend half their instructional-materials budgets on digital content by 2015-16.

HMH wants to make hay from the Obama initiatives. According to its prospectus: “President Obama has identified early childhood development as an important education initiative of his administration, and has developed a Preschool for All program with a $75 billion budget over the next 10 years to increase access to high quality early childhood education.”

This is taking place in states that have been buffeted by falling tax revenues since 2007-08. With a recovery seemingly underway the funding is trickling back, but there’s something about a recession that leaves the pencils permanently sharpened. Except if there’s fresh new cash for digital.

Do we believe that the large publishing incumbents will control the next generation of learning technology? They are in the post position. They have well-established professional relationships with the decision-makers, and that counts for something. But I’m seeing more and more disruption by both high-minded non-profit organizations (with lots of foundation funding) and innovative startups (with ever-increasing levels of VC funding). Take your choice, K-12 administrators. High quality and free, or innovative and less expensive than what you pay today (with Federal funding). Or dealing with the same vendors whose print products you’re currently jettisoning.

Digital is sexy. The existing teaching materials are stodgy. You choose.

Chegg’s IPO filing is troubling. As of today its revenues are based primarily on print. Yes, both rental and used textbooks are the still-growing portion of the print textbook market (versus buying them new). But print afforded Chegg only a 15.6% segment growth in the first six months of 2013 against the same months in 2012. These are not IPO-level stats. Digital textbooks are less than 10% of sales. And Chegg’s digital textbook offering is largely undifferentiated from the same product at Amazon, Barnes & Noble, Kno, VitalSource, Follett and new entrant Google. Each of these companies offers replicas of PDF versions of print pages. Students are not impressed.

It turns out that the Achilles’ heel of the textbook rental business is that the rental company has to (indirectly) eat much of the cost of printing the darned books in the first place. Chegg states that “the print textbook rental business is highly capital intensive.” Indeed: they booked a $57 million “textbook library depreciation” cost in 2012, more than their $49 million net loss. Ouch.

The companies that operate college stores, such as Barnes & Noble, now offer solid textbook rental options and they’re much closer to the customer than is Chegg. And so, as Chegg admits “…our print textbook business competes primarily on price.” That’s not good news.

Can Chegg make a mark on the hugely competitive still-emerging market for digital course materials? While maintaining its position in print? I’m not buying.

The Disruption in Education and Educational Publishing

I’ve been watching the shift in educational publishing for 15 years. It’s been an ongoing story of The Little Engine That Could. These IPOs challenge investors to place a bet far larger than the specifics of the companies. You’re gambling not just on the outcome of their current business plans but on education as an industry.