I’ve got a soft spot for well-run employee-owned companies, so John Lewis is my kind of firm. Founded in 1864, the company’s 81,000 employees are all partners in an enterprise with 29 department stores, 8 at home shops, 283 Waitrose supermarkets and the John Lewis online and catalog business. The combined operation has annual gross sales of over £8.7 billion. It ranks very near the top of U.K. favorite retailers, while winning top spot for service. The 2012 Tempkin Loyalty Rankings place it significantly ahead of Amazon.

So what’s not to like in Barnes & Noble’s choice for its first U.K. retailer partner? 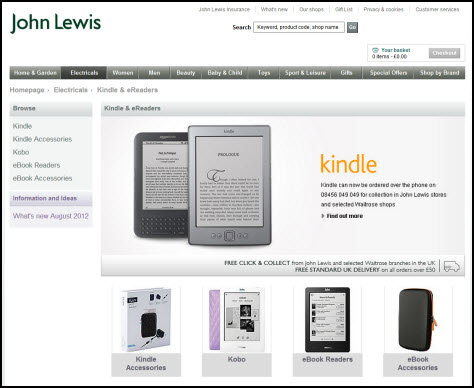 Sleeping with the enemy

Aside from that, an excellent choice.