Last winter The Green Sheet, a printing industry newsletter, published my contrarian look at the hype surrounding cloud computing. The topic continues to spread across all industries as ever-increasingly the software we use moves from dedicated single-use installed applications to shared network resources. This, I argue, is big news for vendors selling cloud-based services. It’s not nearly as important for the rest of us.

Hype notwithstanding, very few organizations, print or otherwise, need to pay a whole lot of attention to the cloud. It operates transparently for most of us. Unless you’re running an extremely large organization, by which I mean with sales in the billions rather than the millions, with major offices worldwide, you don’t need to spend any time with your head pondering the cloud.

Yes, it’s the topic du jour. You hear so much about it that you reasonably assume that it must matter. Coverage of the cloud is more a result of the paucity of other available new technology stories and the availability of ad dollars from cloud service vendors than it is about a technology that everyone needs to worry about.

To operate in the cloud means merely that your company rents time for computer processing and/or storage on a shared system that you don’t own. Only the very largest companies need to even consider this option as a way to scale for unpredictable usage peaks. Both storage and processing power continues to follow Moore’s Law and cost and availability is not a significant operational issue.

Sales, now that’s an operational issue for every commercial printer. The topic almost inevitably leads to Salesforce.com, the “poster child” of cloud computing. But this is a misleading classification. Salesforce.com’s users access its shared software via the Internet, hence the so-called “software as a service” (SAS) model. And they store some of their information on its remote servers, simply because it’s more practical to do so. But this is not the same thing as a cloud strategy. It’s merely the decision to use a remote application, just as you might use WebEx, Gmail, stream from Netflix or file your income tax online.

To put it in the context of other hot technologies that don’t much impact commercial printers [though with an enormous impact elsewhere] consider these:

–  The explosion of smartphones: I suppose printers should, when they get around to it, make sure that their web sites function reasonably well on mobile devices. But I wouldn’t lose too much sleep over it.

– Cyberwarfare: I think you can rest securely that Anonymous is not angling to hack your site.

So, commercial printers: feet back on the ground. You can take a pass on this issue. Print manufacturing is, generally speaking, a “solved” technology challenge. It works well, and is well-enabled by technology. Now if there was only more demand and less competition. But that’s not a technology issue. 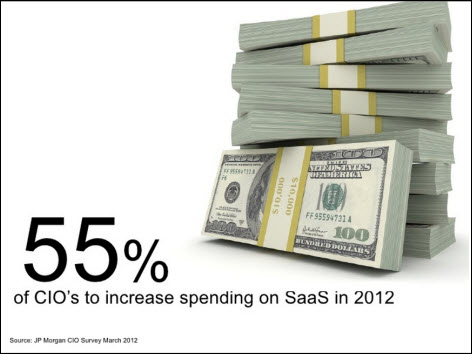 Mike Shatzkin first described the impact of cloud computing on book publishing in a September 2008 article in Publishing Trends. He saw the major impact of cloud computing on DRM and piracy. He correctly foresaw the problem of “a system failure in the cloud” now a regular and troubling occurrence such as Amazon’s big fail earlier this month that shut down Netflix, Instagram, Pinterest and other Internet sites that rely on Amazon for cloud infrastructure.

This week (July 26) a new Publishers Launch Conference called “Publishing in the Cloud” will take place in New York. Shatzkin describes the event on his blog. As he writes, “cloud computing for publishing is a big subject and an important one that has gotten no focused attention before now. We think our conference will give our attendees, and the industry, a quick start getting a handle on the opportunities and how to take advantage of them.” I look forward to viewing the presentations from some of the sessions.

This is an important infrastructural development and represents a new technical challenge for publishers and users. But it operates at a scale where users exercise little or no control. It’s in the cloud; get used to it.