The early June weather in New York has been uncharacteristically temperate, setting the tone for an uneventful annual BEA Book Week, concluding this evening with a reading at the Barnes & Noble on East 86th Street.

It left me with the distinct impression that fate has hit the “pause” button on the ebook revolution. If you’ve been waiting to exhale, now is a good time.

The status quo takes flight amidst the chaos of revolution while new-fangled vendors feed on the disruption as lustily as vampires on the blood of virgins. This remake of Nosferatu is called Amazon: River of Darkness. 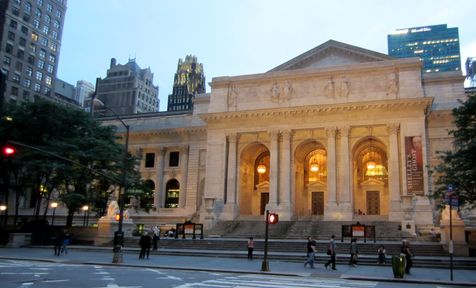 I wasn’t there for the giveaways. I was paying for my education. Last year’s IDPF Digital Book Conference, always co-located with BEA, was packed with one-of-a-kind insights into the technology and markets of the newly-announced EPUB 3. This was my third large New York book conference in 2012 (following Digital Book World in January and Tools of Change in February). I hoped it would be the best. Instead they trotted out the same cast of characters, speaking to themselves and others about the same topics we’ve been kicking around all year. And all of last year too.

It’s no one’s fault. It’s a select group in the  publishing industry who are not only in the know but also able to engagingly explain what they know. The conference was already scheduled, fated really.

What did I learn in four days in New York, the city that never sleeps? Um. Er. Ebook formats are still causing more pain than pleasure: 50 Shades of E Ink. EPUB 3 has scarcely been seen in the wild. Agreement was recently reached on a fixed-layout EPUB variant, roughly the equivalent of a poorly-built PDF file. It’s designed to meet the demand for coffee table and children’s ebooks, despite the evidence that both children and their parents still prefer print.

Seth Godin reminded the audience of its relative standing

Inkling’s Matt MacInnis offered a re-run of his demo from TOC in February, with its emphatic message that Inkling is the only company that knows what an ebook should be. Otis Chandler of Goodreads reran Kyusik Chung’s presentation from last month’s Making Information Pay conference. Fran Toolan and Bill Newlin repeated their metadata session from Digital Book World (clearly publishers are finally summoning an interest in metadata, but are disappointed to find that it’s technical as hell and as dull as dogma).

Bill Rosenblatt described his idea for “Lightweight Content Protection for EPUB.” The large audience betrayed little reaction. Maybe the term “lightweight” was offputting. It must have been mere coincidence that the inaugural IDPF Innovation Award went to Attributor’s Guardian, an “end-to-end service which discovers pirated content and initiates and manages an integrated takedown process.”

Given that the web is premised on the promise that the world will change completely once each day it’s not surprising that people might expect some excitement at a once-a-year industry event.

It’s time to get back to work.

Publishing Trends coverage of the IDPF conference and the Publishers Launch conference.

Los Angeles Times: The view from there: Wrap-ups of Book Expo America.

Emily Gould, Four Hours in the Totebag Capital of the World. “The Javits Center is like an airport with no scheduled departures and much more carpeting…. There is not quite enough oxygen.”