There’s an excellent article in the London Financial Times that’s the best I’ve yet seen describing the real challenge facing Facebook and by simple extension the Internet, as it exists today. Called Facebook is Scared of the Internet, journalist John Gapper characterizes the $1 billion purchase of Instagram not as any sort of long-term planning but simply as a defensive move: Zuckerberg bought Instagram to “eliminate the threat to Facebook.”

We’ve now had a couple of weeks to try to get our minds around the notion that we live on the same planet with a 27 year old who can buy a 2-year-old company with no revenue and a few dozen staff for the same dollar amount as the Gross National product of Belize or Monaco. So taking out the receding shock value of the scale of the purchase, what’s left to be frightened of?

As John Gapper points out: Everything. While Facebook “will pay $1 billion to neutralize Instagram, how much are Path, Pinterest and others yet to be invented worth?…Instagram was one but there are others, some of which would be even more expensive.” 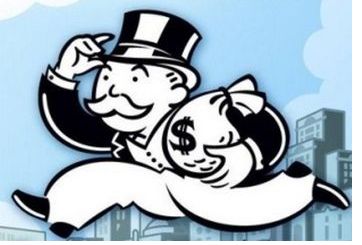 In other breaking Facebook news we learned the unsurprising fact that the cool billion for the fellas at Instagram is in fact just 30% in cash and $700 million in Facebook shares, or to be more exact, 23 million Facebook shares valued at $30.89 each. The Instagram kids may not be the first to rue the day they didn’t hold out for more cash and a lower overall sale price. There were many hearts broken by this form of sale structuring during the last dotcom boom and bust, and there will certainly be more again. Stated another way: in order to help justify a share price of over $30 for Facebook in its upcoming IPO Mark Zuckerberg convinced a company to accept those still imaginary shares at said price in exchange for 70% of their business (at a valuation only twice what the company was worth less than a month before).

And just yesterday Facebook revealed that its rate of sales and profit growth is slowing.

As the old saying goes: “Don’t tell my mother I’m working on the Facebook IPO. She thinks I play piano at the local whorehouse.”