What is it about the anonymity of the web that turns us instantly into triumphalist armchair critics? Best Buy today announced another disappointing quarter and we-who-know-all proclaim that the company is doomed, as are all retailers, and Amazon will be the only company left on the planet.

Well, class, you learned Students of Business, I’ve got a challenge for you. I’m appointing you to the Committee to Assist the CEO of Barnes & Noble. Your task? Help William Lynch figure out how to save Barnes & Noble, how to “maximize value.”

Retail operates 691 bookstores around the U.S.

Online is where the excitement is. You’ve got the second largest online bookstore. Against all odds you launched an e-reader that gives the Kindle a run for its money. You pulled it off again with the Nook tablet, every bit as good as the Kindle Fire (slightly better in fact), bested only because of Amazon’s powerful presence.

Then there’s the financial story: 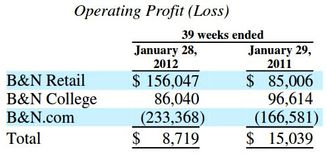 Retail provides 60% of sales. College is second; 26% of sales. Online, including the Nook e-readers and tablets, contributes only 14% of sales and wipes out your operating profit.

Everyone talks about spinning off the Nook, extracting value from Barnes & Noble that way.

Spinning off the Nook. Spinning it where? What is the Nook without Barnes & Noble’s 1330 retail stores? Just another piece of hardware. What are the stores without the Nook? Decreasingly-profitable bricks and mortar.

So what are you going to report to Mr. Lynch?

Try this: Amazon is the company best-suited to extract value from Barnes & Noble’s retail stores, perhaps the only one.

A dozen years ago Ron Johnson joined with Steve Jobs and built Apple Stores to be “the highest performing stores in the history of retailing.”

Ron Johnson says that “physical stores are still the primary way people acquire merchandise, and I think that will be true 50 years from now.… What’s growing is physical retailers’ extension into a multi­channel world. It’s not as though there’s a physical retail world and an online retail world, and as one grows, the other declines. They’re increasingly integrated. But physical stores will remain the main point of contact with customers…”

The kicker for Amazon is banking. Banking kiosks in Amazon retail stores. Banks are having their own bricks-and-mortar dark night of the soul. But wise counsel knows that branches morph, they don’t disappear. U.S. Bancorp CEO Richard Davis, who began his career as a teller in California, directs his attention to “in-store locations, rather than standalone branches.”

Patrick Cox sees new players emerging: “PayPal, Amazon and Google are, in fact, financial networks, and they would love to do your banking.”

On March 6, the U.S. Patent and Trademark Office (USPTO) granted Apple a patent for a new technology called “iWallet”, a digital platform that gives users control over their subsidiary financial accounts directly on the iPhone.

Amazon is widely expected to move beyond tablets to mobile phones, perhaps by this fall. Farhad Manjoo did the analysis:

When you buy something through iTunes, the Android Market, Amazon, or Facebook, the credit-card company gets a small cut of your payment. To these giants, the cut represents a terrible inefficiency – why surrender all that cash to an interloper? And not just any interloper, but an inefficient, unfriendly one that rarely innovates for its consumers. These credit-card giants seem ripe for the picking.

Chris Skinner’s 2012 bank technology outlook points out when you combine “the simplicity of apps, tablet and smartphone with the ubiquity of contactless mobile communication 24/7, and you can see the bank of the future has arrived.”

Four years ago, Wal-Mart abandoned its plans to obtain a long-sought federal bank charter amid opposition from the banking industry and lawmakers, who feared the huge retailer would drive small bankers out of business and potentially conflate its banking and retail operations. Ever since, Wal-Mart has been quietly building up à la carte financial services, becoming a force among the unbanked and “unhappily banked,” as one Wal-Mart executive put it.

It’s an interesting template for Amazon.com. 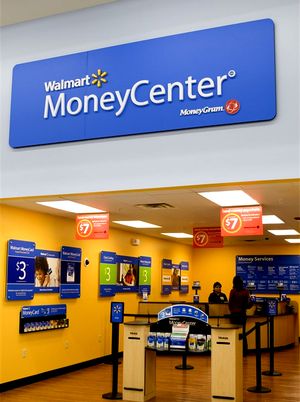 There’s lots of other advice available for Mr. Lynch:

and, of course, my favorite:

As we close out March, 2012, I’d say that Amazon should buy Barnes & Noble. But it will never happen.