How I wish that were a compliment. It likely would have been in 2004 when Best Buy was named “Company of the Year” by Forbes.

Today it’s an insult. Or a threat. Or a doom-filled prediction.

There is no decent place to stand
In a massacre

Yesterday morning Digital Book World published part one of my two-part look at the future of Barnes & Noble. We ran first with the good news. Next Tuesday the bad news report appears. Here’s a sneak preview.

In the first article I consider the strength of Barnes & Noble’s retail network which as of October 29, 2011 totaled 703 trade bookstores and 637 college stores; 1,340 stores in total. That’s a lot of retail outlets.

According to Barnes and Noble’s latest financial filings, “the 703 Barnes & Noble stores generally offer a Nook Boutique/Counter, a comprehensive title base, a café, a children’s section, a toys & games department, a DVD/BluRay department, a music department, a magazine section (and) a gift section….”

In yesterday’s DBW I examined the college bookstore business, one of Barnes & Noble’s ace cards. But selling textbooks and varsity jackets to students is a different business than selling cookbooks and fiction bestsellers to the general public. Students buy some fiction bestsellers, but the general public doesn’t buy $200 textbooks and school-labeled apparel. So the balance of this post concerns only “the 703 Barnes & Noble stores”.

This bricks & mortar network features as one of seven advantages that Barnes & Noble maintains in its 15+ year battle with Amazon.com. It’s not a real estate asset advantage; the stores are leased.

With Borders demolished, Barnes & Noble appears as “the last man standing”. The jury is still pondering the fate of Books-a-Million, its only bricks & mortar competitor, a money-losing second with 221 stores. Books-a-Million isn’t a national chain: its stores are mostly located in the southeastern United States. Its stores sales total perhaps 15% of Barnes & Noble’s. And its online presence is unremarkable.

And so Barnes & Noble’s strategic importance grows for publishers large and small as it becomes essentially the only place create a national showcase new printed books. Independent booksellers are key locales in many communities, but the administrative overhead of building a promotional campaign with 50 different companies instead of one alters the game.

Barnes & Noble claims, with a touch of hyperbole, that it “pioneered the concept of a retail store as a community center” and hosts up to 100,000 community events each year.

When William Lynch presented to the Liberty Media Investor & Analyst Meeting last November he stated that the stores are now the company’s “biggest competitive advantage.” I had been thinking of the stores as boat anchors, and Lynch made an excellent point. They certainly set the company apart from Amazon. Barnes & Noble knows retail very well: it’s been practicing the art of chain bookselling for decades.

But with Borders’ bankruptcy and all of the troubles that book chains are facing in Canada, Australia and the U.K., can Barnes & Noble succeed where everyone else has failed? Just because you’re last man standing at the massacre doesn’t mean your prospects are bright.

After Best Buy announced its Q3 financials on December 13th, the Wall Street Journal ran a startling analysis of Best Buy’s battle with Amazon. I added a section to the draft of part two of my article called “Best Buy is now a demo room for Amazon.”

I realized that the shape of things to come for Barnes & Noble may be presaged by Best Buy struggles as Amazon steps up the pressure in electronics. Then I saw an analysis by Michael Nowacki of Nowacki Asset Management recalling that Circuit City’s failure had led analysts to expect that Best Buy would reap huge benefits. “Best Buy, however, did not see a significant increase in business. In fact, they have been struggling to grow same-store sales and profits,” he wrote. This reminded me of Lynch’s November claim that Barnes & Noble is projecting a $300-$400 million sales lift from Border’s demise.

While Barnes & Noble is turning to toys and games as a safe haven in a turbulent retail climate, Best Buy is clinging to appliances, where it doesn’t face as much “competition from Amazon and other online retailers.” The Wall Street Journal concluded that defending against Amazon.com comes at a “steep cost.” 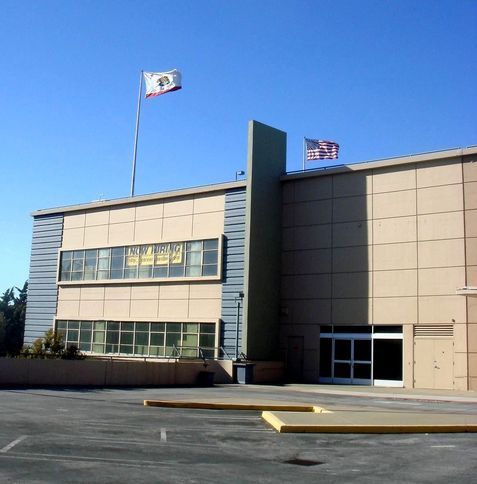 Two days ago Larry Downes published a barn-burning analysis of Best Buy’s problems titled “Why Best Buy is Going out of Business…Gradually.” The article is attracting both a huge readership and a ton of comments, most of them apparently from frustrated Best Buy customers. But once again the #1 threat is Amazon, which unquestionably is Barnes & Noble’s most daunting challenge.

And of course there are many differences between Best Buy and Barnes & Noble. Best Buy is a $50 billion company; B&N $7 Billion. 180,000 employees vs. 35,000; 1100 stores vs. 700. But that’s not the issue here. It’s just about bricks & mortar vs. online. It’s about Amazon’s relentless competition in every product category it services. That’s all.

It’s tough to make a buck

I’m not convinced that the Barnes & Noble stores are a net asset. They currently operate near breakeven or a little below. Is it going to get any easier to make money in book retail in the next few years in a soft economy? I just don’t see it.

In the meantime check back with Digital Book World next Tuesday, January 10th to read my full analysis of Barnes & Noble’s business challenges in the years ahead.