Robotics is advancing by leaps and bounds, in no small part because of the superb FIRST robotics competition launched by Dean Kamen in 1989.

A new development with value to the future of publishing is Boxie, the Story-Gathering Robot, invented by Alexander Reben at the renowned M.I.T. Media Lab. Boxie is a robotic journalist; it could handle those “man on the street” videos with ease.

As reported by the New Scientist, Boxie was “designed to wander the streets shooting video, the diminutive droid trundles up to people and asks them to tell it an interesting story.” It works (or at least it works when Boxie wanders the halls of M.I.T.).

Reben writes that “documentaries are typically captured in a structured way, using teams to interview people. We developed an autonomous method for capturing documentaries through a robotic camera…. We sent this robot out to autonomously gather narratives about its environment. The robot had a specific story capture goal and leveraged humans to attain that goal. The robot collected first person views of stories unfolding in real life, and as it engaged with its subjects via a preset dialog, these media clips were intrinsically structured.”

After watching the video it’s easy to see that “the types of users who encountered the robot were fairly polar; either they wanted to interact or did not – very few partial interactions went on for more than a minute. Users who partially interacted with the robot were found to treat it rougher than those who completed the full interaction.” It’s the same in the “real world”.

I’m looking forward to watching the evening news when we have Boxie out collecting video clips rather than the coiffed humanoids in use today. 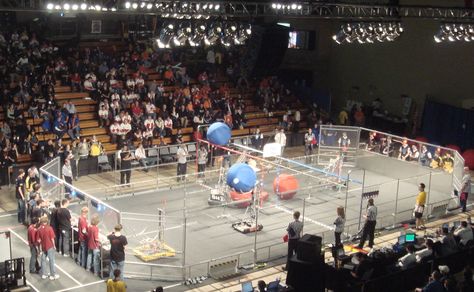