The first Borders store was launched forty years ago by brothers Tom and Louis Borders while studying at the University of Michigan in Ann Arbor. In 2009 Borders had sales of $2.8 billion from over 500 stores and nearly 20,000 staff. I’d call that some amazing management, a fine fate. In ordinary times you don’t have to be clever to manage a business like that. Just turn on the lights in the morning and you’ll make money.

But let’s tell it like it is. Changing technology killed Borders.Just that. 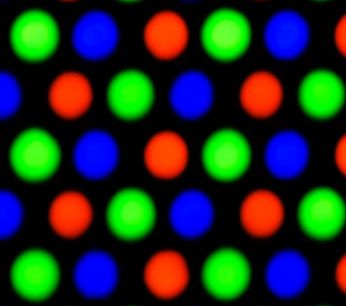 Two technological developments killed Borders. The first was the move from bricks-and-mortar to online selling. Borders management reacted too slowly to this change, as so many other companies did. The second was the remarkable rise of ebooks. Borders, already weakened by the online wars, didn’t have enough money to develop its own Kindle or Nook. Technology didn’t care. Borders is dead.

Is this a milestone marking the end of printed books? Possibly. Probably. Yes, a milestone.

As Mike Shatzkin has pointed out, the bookselling ecosystem will at some point fall out of balance, and it won’t make sense for publishers to count anymore on physical books to pay the bills.

It’s not that printed books will disappear. You’ll always be able to order them online. And I’m sure that there will still be specialty stores called book stores.

But printed books supported a certain style of publishing, a style the digital books do not support. When physical objects get digitized their perceived value plummets. Yes, their marginal manufacturing cost also plummets. But that first copy, print or digital: that’s what breaks the bank.

And so the style of publishing will change. It’s already changing. It will change some more, a lot more.

There will still be writers and readers. That’s what’s most important.

But I’m going to miss the bookshops. Just like I miss the record shops. And the grand old movie palaces.

I will miss them a great deal.

July 22: A wistful farewell: Erica Jong, Ann Patchett and 12 other writers give their take on the downfall of the controversial book chain.

August 15: Seth Godin missing too: “…Maybe I’m a fogie, but I have trouble visualizing a pile (or a wallful) of Kindle ebooks. I’m going to miss that.”

“Bottom line, Borders didn’t go out of business because of poor business decisions or bad management. They folded because people weren’t buying books in bookstores. And unless that changes, Barnes and Noble is going to keep wandering around that island looking for some dinner . . . all the while getting thinner and thinner.”