I uncover some unusual sites and blogs because I have a Google Alert for “future of publishing.” I can’t imagine I would have found it otherwise. 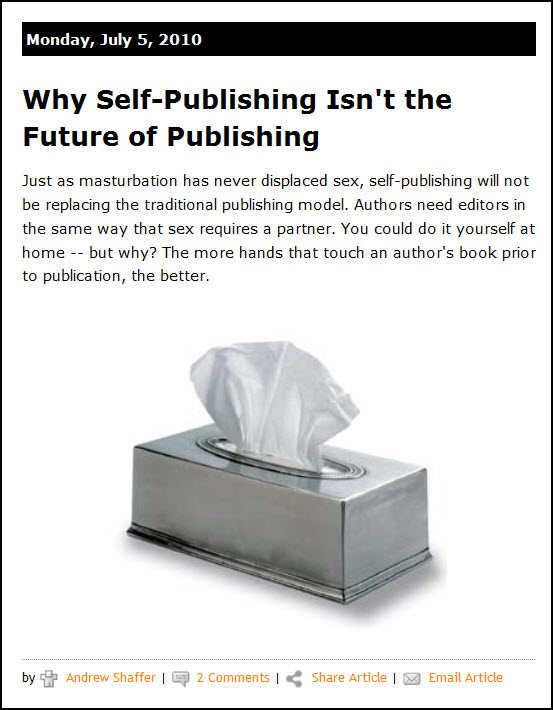 Andrew Shaffer is the author of the forthcoming Harper Perennial Paperback Original Great Philosophers Who Failed at Love, to be published January 4, 2011. (Unusual exactitude for a big publisher. However the fact that a completed manuscript won’t be published for another six months is in keeping with one of the big complaints about traditional trade publishing from those authors who bring out their handkerchiefs).