My friend Bob McArthur recently wrote to me, “Am nearing the end of Chris Hedges Empire of Illusion…a dark and angry book about the rotting from within of North American culture.” Later he sent an excerpt, which itself contained an excerpt from Neil Postman’s Amusing Ourselves to Death: Public Discourse in the Age of Show Business. It’s a well-written and provocative glance at the future of books from two of the 20th century’s greatest writers. 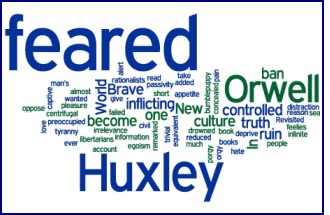