Courtesy of Bob McArthur I learned that in today’s online the Onion you’ll find the headline “Nation Shudders At Large Block Of Uninterrupted Text.”

Can you blame them? 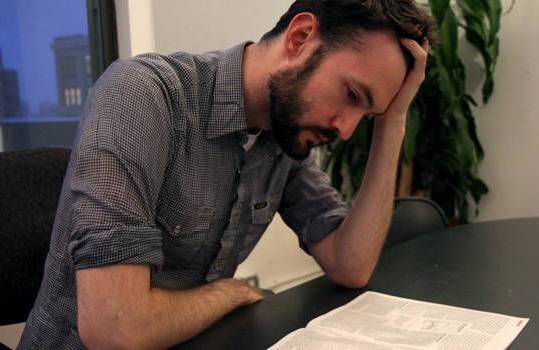 Boston resident Charlyne Thomson said, “Why won’t it just tell me what it’s about?” There are no bullet points, no highlighted parts. I’ve looked everywhere—there’s nothing here but words.” 500 of them in fact!

Detroit local Janet Landsman said, “I’m sure if it’s important enough, they’ll let us know some other way. After all, it can’t be that serious. If there were anything worthwhile buried deep in that block of impenetrable English, it would at least have an accompanying photo of a celebrity or a large humorous title containing a pop culture reference.”

Added Landsman, “Whatever it is, I’m pretty sure it doesn’t even have a point.”