It is the bane of the current eBook mania that I must, as your humble servant, continue to give this subject far more coverage than I would like to. At the Las Vegas (“City of Disappointment and Personal Bankruptcy”) CES (Consumer Electronics Show) which ended today, there were a slew of new eBook reader introductions. This lead the U.K.’s Financial Times to run a headline, “E-readers Face Risk of Saturation.” My first thought was that surely this means that those who read about eBooks would soon rebel and refuse to read any more articles on the subject. But no, it was a reference to the devices themselves, which prior to the show, I understood to stand at 40 different chunks of mostly E-Ink encasements. If all of the introductions planned in Las Vegas come true, there will be roughly 60, many of them featuring new display technologies. They will be more specialized, as several will focus closely on periodicals rather than books, and other on flower display techniques (OK, kidding).

Regardless, the story will obviously be playing out for quite some time in 2010. I wanted in the meantime, as a reader service, to offer you one web site’s notion of the top 10 eBook devices. 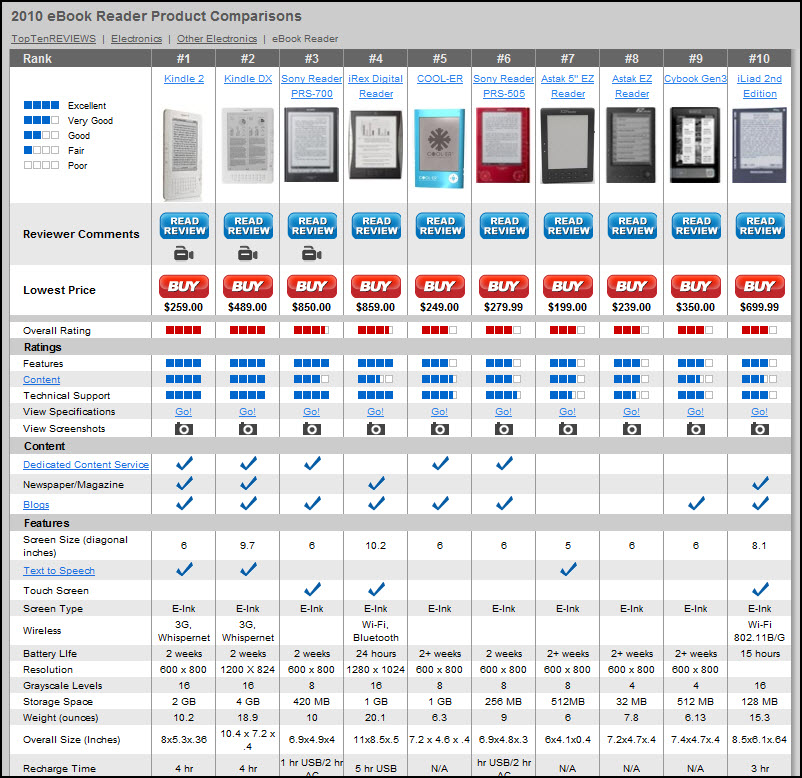 I know that I need not remind you that any review site that includes a “Buy” button near the top of its review should be considered as potentially biased. But for what it’s worth, if you must buy an eReader, this site may perhaps offer guidance.

Another update: a wealth of information here.