Since its launch in 1995 I’ve been a fan of Salon.com, even though it was still in the early days of the Web. Salon’s history has been oft-recorded. One account, from the improbable Scripophily.com (which is selling an early share certifiate as memorabilia for $70 bucks) notes that “journalism veterans David Talbot, Andrew Ross, and David Zweig founded Salon Internet in 1995. Targeting a literate audience attracted to highbrow content, the trio launched Web-based Salon Magazine with financial backing from Adobe Ventures, Apple Computer, and Hambrecht & Quist. With essays by Camille Paglia and an interactive Table Talk section, Salon soon caught the eyes of the mainstream media. Time magazine selected Salon as the best Web site of 1996.”

Note the reference “Salon Magazine.” These were early days, and the notion was clear: Salon was to be an online magazine without a print component, somehow thereby harnessing the power of the Web to create something very new and different. The problem, it soon became clear, was that an online magazine that was merely an online equivalent of a print magazine lacked novelty value, particularly as the American print magazines featured many great and well-established weeklies and monthlies, from The New Yorker to Harper’s. Initially Salon was revised only bi-weekly. The only thing different about it was that it was online rather than in print, and in those days readers were more often in print than online. It went weekly in 1996 and daily in 1997. In April 1999, Salon purchased the virtual community The WELL, attempting to provide a strong base for readers to interact with the site. A subscription offering was introduced just before. Here’s a screen shot of the 1999 version of the site (god bless the Wayback Machine!): 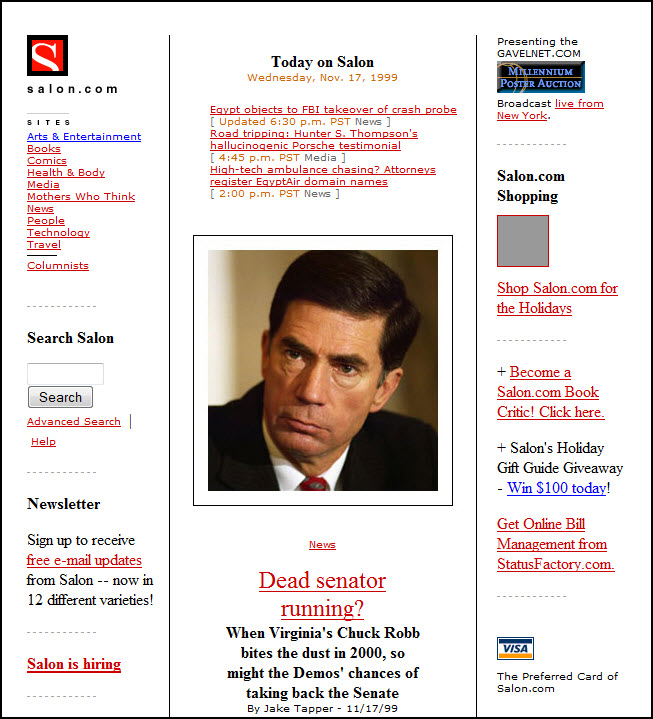 And another from 2005, showing little in the way of interface improvements: 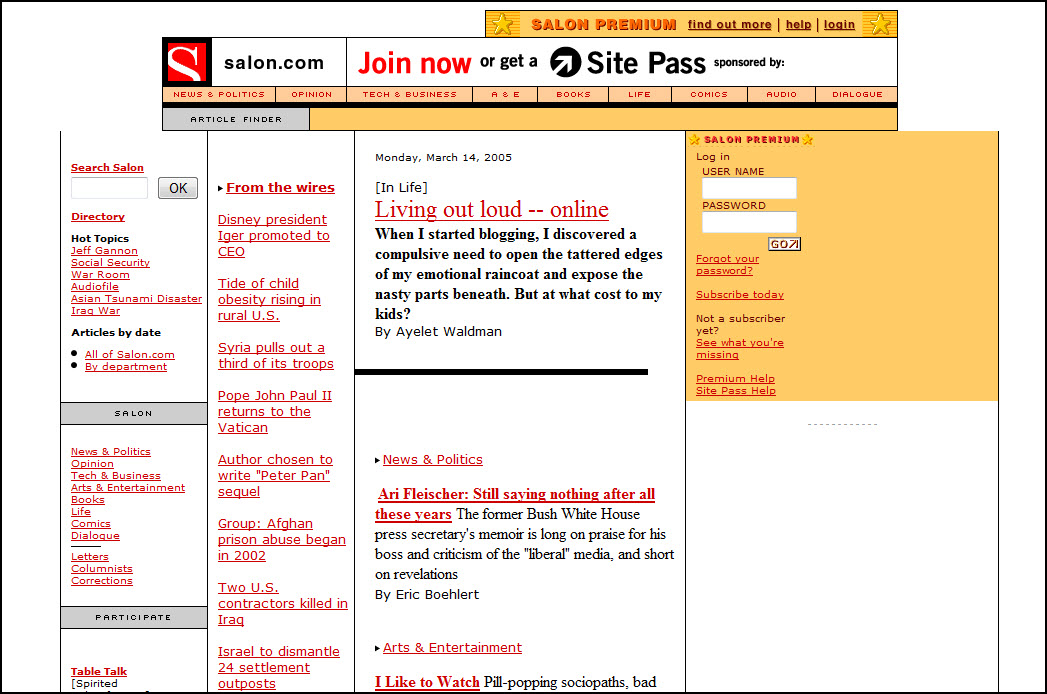 It didn’t work. The company floundered under a succession of managers, editors and investors. To put it mildly, the company has been a financial disaster. The last trade of its shares was a week ago at 12 cents. As far as I can see from online filings, the company has an accumulated deficit of over $100 million, losing a further $4.7 million in the year ending last June 30th. Still the company has amongst its shareholders Jann Wenner, William and Elizabeth Hambrecht, Adobe Systems and John Warnock, Adobe Sytems co-founder. Warnock remains chairman of the board. I find it difficult notto take seriously a firm where John Warnock is chairman of the board!

Last May the board hired the talented and respected Richard Gingras as the new CEO. Since that time he has been carefully planning a relaunch of Salon.com and today’s the day!

In a briefing with Mr. Gingras I learned a little more about the inherent value of the Salon brand, as illustrated in this slide: 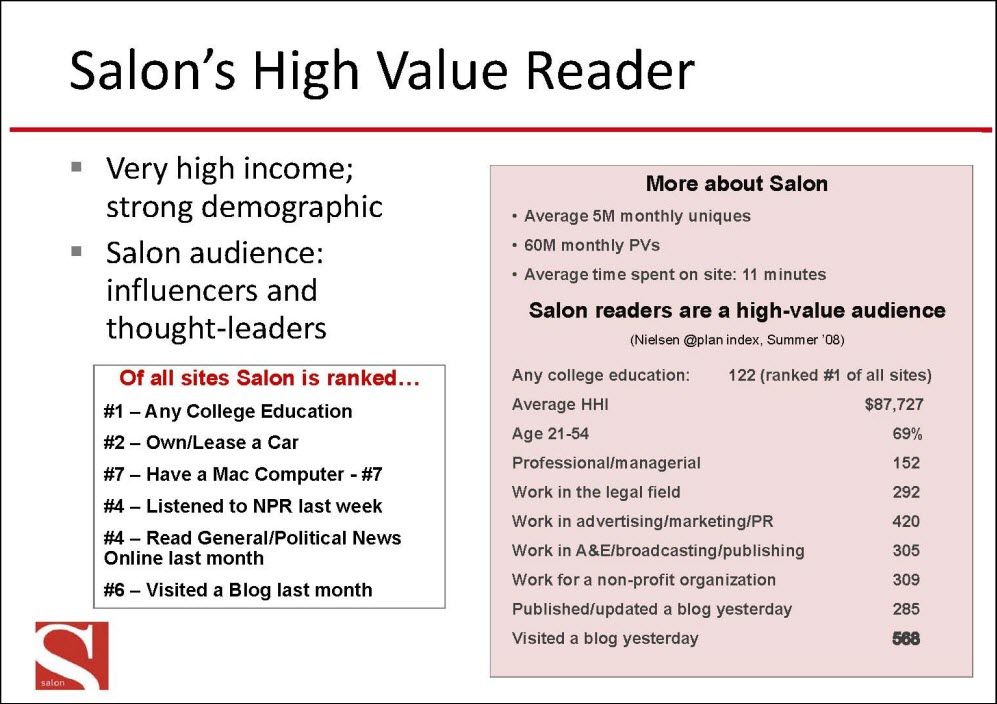 As Gingras notes in the press release announcing the new site design, “We are very excited about the new Salon. This is the first design overhaul of Salon in more than five years. We think Salon fans will agree it was well worth the wait.”

Every “periodical” publisher on the Web has struggled with the challenge of how best to make an effective presence in this medium. Head over to the new Salon.com and see if you feel they’ve uncovered the successful formula.