According to MediaPost (and presumably a great many other sources), “Ad spending among the U.S. media monitored by the Nielsen Co. declined 15.4% during the first half of 2009 vs. the same period in 2008.”

The charts tell the story: 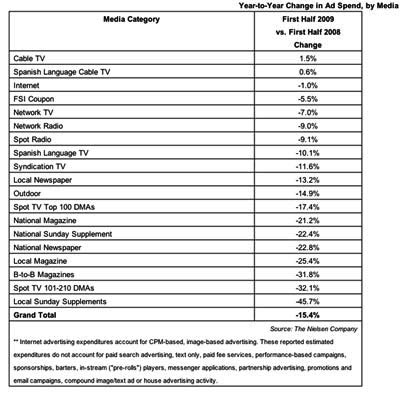 And the categories of declining spend will suprise no one: 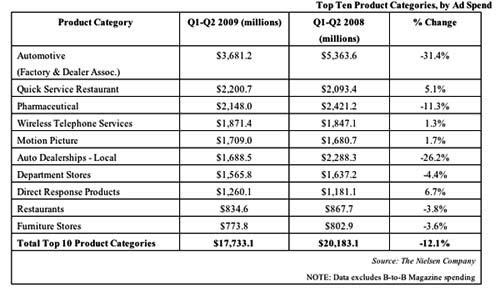 … with the possible exception of pharmaceuticals, which according to a dispiriting article in today’s New York Times (and one yesterday), illustratrate that the industry has been largely shameless when it comes to tossing cash around.

No need to add comment. If you believe the recession has bottomed-out, “clap your hands; don’t let media die” (inspired by Peter Pan).