I missed it in March, but caught it today. As part of the 31 magazines that have folded in the first 6-months of 2009 in Canada, we will now be deprived of “Wedding Essentials For Same-Sex Couples.” 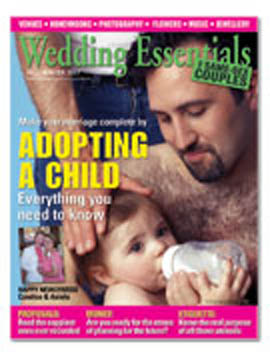 Brandon Jones, who with his wife Christine publishes Wedding Essentials, noted that because they are not gay it was difficult to garner ad purchases from gay-oriented businesses. Jones said: “We weren’t insiders.”

The article in MastheadOnline continues: “As far as Jones knows, no other magazine of this kind exists in North America. But he does believe that in the future, a same-sex wedding title—possibly run by people with more direct ties to the gay community—can thrive. ‘I think there are some large advertisers that at long-last are beginning to realize that the gay community is well-heeled.'”

Sometimes the future of publishing sends you down the wrong turn in the road.